WASHINGTON — For 15 years, journalist, author and assassination expert Jefferson Morley has fought to compel the CIA to produce records about longtime spy George Joannides, who worked with a group associated with President John F. Kennedy’s acknowledged assassin and then aided the committee that tried to investigate that killing.

Morley returned to federal court again Monday, this time before a three-judge appeals court panel to get the government to pay legal fees that have climbed to more than $500,000, said Morley’s attorney, James Lesar.

Circumstances around Kennedy’s murder and the various theories over the decades that reject the idea that the lone assassin was Oswald — who himself was murdered during a jail transfer two days after Kennedy was killed — can get pretty complicated.

Morley, however, says his case is simple: The government needs to inform the public of its activities. Morley wants the appeals court in Washington to force the government to pay his legal fees and to get the CIA to reveal some of Joannides’ records.

“We’re talking about very specific things. We are not talking about a Chinese box,” he said in response to a question mentioning the term.

Bill Miller, public information officer of the Washington U.S. Attorney’s office, said the office had no comment on the case beyond its court motions and filings.

As more and more government files have been released under the JFK Records Act since October, various long-held CIA secrets have been revealed, many of them not related to the assassination, at least directly. But even with the court case and the Records Act — with its final production due in April — files on Joannides remain scarce.

In 1963, the year Kennedy was murdered, Joannides was the CIA case officer over students from Cuba eager to oust dictator Fidel Castro, who had seized power in 1959. In 1978, Joannides was named by the CIA as its contact with the House Select Committee on Assassinations.

The committee wanted to know more about the student group, which was called the DRE and code-named AMSPELL. It was part of the CIA efforts to undermine Castro. Another CIA operation on a separate track even aimed to assassinate Castro, using the Mafia and assets within Cuba.

Oswald had a bizarre interaction with a DRE member in New Orleans the summer leading up to Kennedy’s Nov. 22 murder, in Dallas — to which Oswald moved from New Orleans. And just after the assassination, the DRE publicized that encounter with Oswald, and Oswald’s avowed support of Castro.

Committee staffers wanted to know more about Oswald and the DRE, but they were stymied by Joannides and the CIA, who did not tell the committee that the agent handled the DRE in 1963 was … Joannides himself.

Lesar, president of the Assassination Archives and Research Center, said the CIA is trying to chill further efforts to open more records by making the plaintiffs pay for the litigation even when there’s a public benefit.

So far, however, U.S. District Judge Richard Leon has disagreed, ruling there is no public benefit in records relating to Joannides, who died in 1990. Other appeals court proceedings have sent the issue back to Leon to address finer legal points.

A ruling from the panel of three circuit judges — Karen Henderson, Brett Kavanaugh and Gergory Kalsas — could come anywhere from a month to one and a half years, Lesar said.

Most of the fees come from the years-long fight over who should pay, Lesar said.

Morley’s lawsuit began nearly 15 years ago, after the CIA refused to produce any records it had on Joannides that the National Archives didn’t already have. Five years after that 2003 filing, Morley prevailed. The CIA produced records showing among other things that Joannides had a residence available to him in New Orleans possibly around the time Oswald had a very public altercation there with a member of the student group.

The records also revealed that a then-retired Joannides got a “Career Intelligence Medal” in 1981. Morley said Monday that its reference to his work at headquarters is a pat on the back for stonewalling the House committee. 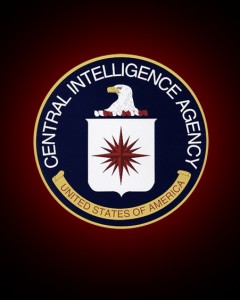 WASHINGTON (CN) – Investigators once tasked with examining the assassination of President John F. Kennedy claim in court that the CIA won’t respond to requests for records it might have on covert surveillance of them.

Dan Hardway, Edwin Lopez and G. Robert Blakey each worked on the House Select Committee on Assassinations in the late 1970s. Hardaway and Lopez, who are now attorneys in West Virginia and New York, respectively, served on the committee as investigators from 1977 to 1978.

Blakey, now retired, was a government attorney and law professor at Cornell and Notre Dame who also served as chief counsel and staff director for the committee until its dissolution in 1979.

In a lawsuit filed Wednesday in Washington, D.C. federal court, Hardway, Lopez and Blakey say they filed a Freedom of Information Act request in May, requesting “201 files” or “soft files” on themselves.

201s are a set of documents held by the U.S government on members of the government or military. The file usually contains information describing a person’s military and civilian education history, and can also include personal details like home records or records of awards the person has received.

Hardway, Lopez and Blakey also requested the CIA turn over any “p files,” or surveillance records, maintained at the Office of Security.

Their request is not limited to reports that originated within the CIA. The investigators also want any reports that another agency or foreign country may have generated and turned over to the CIA.

In addition to records about surveillance on themselves, they also want CIA surveillance records on Gateon Fonzi, an American journalist who was renowned for his work on JFK’s Gaeton Fonzi (October 10, 1935 – August 30, 2012) was an American investigative journalist and author known for his work on the assassination of John F. Kennedy. He was a reporter and editor for Philadelphia magazine from 1959 to 1972,[2] and contributed to a range of other publications, including the New York Times and Penthouse.[1] He was hired as a researcher in 1975 by the Church Committee and by the House of Representatives Select Committee on Assassinations in 1977, and in 1993 published The Last Investigation which details his experiences and perceptions as a Congressional researcher.

assassination in the mid-1970s.Fonzi was asked to join the House Select Committee on Assassinations in 1975 by then-Sen. Richard Schweiker of Pennsylvania.At the time, the New York Times reported that Fonzi’s hiring was based on the strength of his “scathing” critiques of the Warren Commission and its conclusion that Lee Harvey Oswald acted alone when he killed President Kennedy in 1963.On the committee, Fonzi focused on the link between Cuban exile groups and the CIA and Mafia.

Asking for electronic, telephonic, mechanical, digital, video or any other physical observation, Hardway, Lopez and Blakey say their request is limited to files generated between 1976 and 1979.

The request seeks “operational and non-operational files, records, information and materials including but not limited to counterintelligence and autonomous operations, regarding operations aimed at, targeting or related to the [House Select Committee on Assassinations],” according to the complaint, including “search slips, search instructions, routing slip and forms, memoranda, letters, telephone messages, email” and any other form of written communication about them.

Hardway, Lopez and Blakey – joined by the Assassination Archives and Research Center in Maryland – claim the CIA has not responded to their May FOIA request.

“Plaintiffs have a legal right under the FOIA to obtain the records they seek, and there is no legal basis for CIA’s denial of said right,” the complaint states.

The plaintiffs want an inventory list describing all of the information and materials the CIA finds. They also seek a court order that any records deemed to be exempt from disclosure be preserved by the CIA until the court authorizes their destruction or release.

They are represented by attorney James Lesar of Silver Spring, Md.

The CIA declined to comment on the lawsuit Thursday.

The clock is winding down on the government’s hold on documents related to JFK’s assassination. After the 1992 JFK Records Act passed, the U.S. government was given 25 years to make all of its files on the assassination public.

That deadline falls in October of this year. The cache is said to include 3,000 never-before-seen documents and 34,000 redacted files.