Business leaders like JP Morgan and Irénée du Pont were accused by a retired major general of plotting to install a fascist dictator. The Guardian Sally Denton Donald Trump’s elaborate plot to overthrow the democratically elected president was neither impulsive nor uncoordinated, but straight out of the playbook of another American coup attempt – the […] He had faced accusations that, as interior secretary, he was responsible for repressing protests before the 1968 Olympics that ended in a massacre. By Jonathan Kandell July 9, 2022 Luis Echeverría Alvarez, who steered Mexico on a stormy left-wing course in the 1970s as president and who never escaped the shadow of a massacre before […] The former police deputy remained defiant over the atrocities committed during the 1976-1983 military rule By Brian Murphy July 5, 2022 at 4:37 p.m. EDT Miguel Etchecolatz, a notorious police henchman in Argentina’s 1976-1983 military dictatorship who was convicted of prominent roles in baby snatching as well as the abduction of 10 high school students […] 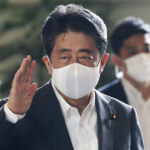 Former Japanese Prime Minister Shinzo Abe died Friday after being shot while delivering a stump speech in the western city of Nara two days ahead of a national election. Japan’s longest-serving leader was shot by a 41-year-old man from behind at around 11:30 a.m. when he was speaking in front of Kintetsu Railway’s Yamato-Saidaiji Station, […]

The AARC is proud to announce the creation of a new resource for those who are new to the study of America's political assassinations. 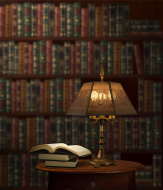 We begin a series of new posts by AARC Board members and associates designed to provide a basic introduction to essential books and learning materials associated with the continuing investigation of President Kennedy's assassination.

Nooks and Crannies, Signposts and Scribbles

Offered for your consideration, bits and pieces: note cards containing interesting observations and intriguing facts presented by leading authorities, researchers, and historians, courtesy of the Assassination Archives and Research Center. Announcing a new feature by AARC Board members and associates designed to provide a brief snapshot of interesting facts, anecdotes, and observations associated with the continuing study of President Kennedy's assassination.

The AARC has partnered with the Mary Ferrell Foundation, supplying nearly a million pages of AARC records for browsing and searching via the MFF website. These records include massive CIA and FBI documents received as settlement for a lawsuit brought by Mark Allen, as well as other document collections on the John F. Kennedy, Martin Luther King Jr., and Robert F. Kennedy assassinations.

The Assassination Archives and Research Center was founded in 1984 to provide a permanent organization which would acquire, preserve, and disseminate information on political assassinations. The AARC is devoted to reaching the widest possible audience with this new information.

Business leaders like JP Morgan and Irénée du Pont were accused by a retired major general of plotting to install a fascist dictator. The Guardian Sally Denton Donald Trump’s elaborate plot to overthrow the … END_OF_DOCUMENT_TOKEN_TO_BE_REPLACED

The Mary Ferrell Foundation announces the launch of an invaluable new research tool: The JFK Database Explorer. This is a new tool to aid researchers delving into the large body of JFK assassination-related documents known as the "JFK Collection", a substantial portion of which is viewable on this website.

The JFK Database Explorer, utilizing a copy of the National Archives' database of metadata known as "RIF sheets", allows for browsing, searching, and filtering of the entire set of records processed under the JFK Records Act.

The Assassination Archives and Research Center is the largest private archives in the world which is dedicated to acquiring, preserving, and disseminating information on political assassinations.