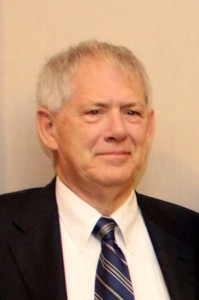 The conference produced stunning disclosures that rebut that conclusion:
— A furious controversy raged for decades about whether Antonio Veciana, the leader of the CIA-sponsored Cuban exile group called Alpha 66, had accurately identified the mysterious figure he knew as “Maurice Bishop.”  The identification was critical because Veciana claimed he’d seen “Bishop” meeting with Lee Harvey Oswald in Dallas before JFK was assassinated.
— This controversy led to a split between Prof. G. Robert Blakey, the Chief Counsel of the House Select Committee on Assassinations (HSCA) and his investigatory staff, led by Gaeton Fonzi.  Mr. Fonzi believed that Veciana had identified “Bishop” as CIA agent David Atlee Phillips. Prof. Blakey did not.
— At the AARC Conference Mr. Veciana finally broke his 36-year silence and resolved the controversy by publicly revealing that CIA Agent David Phillips was, indeed, the man he’d known as “Maurice Bishop.”  Going further, Veciana declared that he had known that CIA employees had been involved in Pres. Kennedy’s assassination.  While defending the CIA’s efforts to counter U.S. enemies, Mr. Veciana stated that he had studied Kennedy’s presidency and he’d concluded that JFK was a great president.
— Prof.  Blakey and his two leading living investigators, Dan Hardway and Ed Lopez, reported on problems they’d unearthed that impacted the very integrity of HSCA’s 1978 investigation into President Kennedy’s assassination.  The three revealed in detail how both the CIA and FBI subverted the HSCA efforts to investigate President Kennedy’s assassination.
— In 1994, 15 years after the HSCA finished its investigation into the Warren Commission, President William Jefferson Clinton appointed the Assassination Records Review Board (ARRB) to oversee implementation of JFK Records Act, which mandated release of JFK-assassination-related records. This forced out a large volume of documents previously kept secret from the public.
— These Conference presentations provided telling details that proved the integrity of the last official investigation into President Kennedy’s assassination had been undermined.

— Journalist/author Jefferson Morley forced the CIA disclosure that George Joannides, the CIA case officer running the Cuban exile group DRE when Lee Harvey Oswald approached them in August of 1963, had been called out of retirement to serve as liaison with the HSCA.  In his capacity as liaison, he had a duty to inform HSCA investigators that he was the DRE case officer they were looking to identify — and he should have provided the records detailing Oswald’s pre-assassination relationship with DRE that HSCA was requesting.  He did not.
— From the day of JFK’s assassination in 1963 to today, the public has been suffused with persistent refrains that Oswald was a “loner” and sole assassin of President Kennedy.   The AARC conference presented two eyewitnesses who knew Lee Harvey Oswald personally: Prof. Ernst Titovets, a close friend of Oswald’s in Minsk, Belarus; and Buell Wesley Frazier, who knew Oswald well in Dallas and Irving, Texas.  Both men stated that Oswald was friendly, sociable and family-oriented, the very opposite of the public picture presented in the Warren Report.  This mischaracterization continues to be promoted in 2015 by acolytes and assets of various government agencies and their associates in the news media.
— The conference included a number of special events that were comprised of panel discussions by well-known authors and filmmakers that focused on why, on the 50th anniversary of the murder, most mainstream newspaper and broadcast media continued to promulgate theories that Oswald, alone and unabetted, achieved the crime of the 20th century.
— A very special conference event was the dramatic reading by Brian Connors, John Heard and other well-known actors, of the transcript of the emergency Executive Session of the Warren Commission held January 22, 1964.  The transcript reveals that the Commissioners discussed startling reports that Oswald was an FBI and/or CIA agent. They concluded that the FBI had not investigated the possibility there had been a conspiracy.  However, Allen Dulles, the former head of the CIA until he was discharged after the Bay of Pigs disaster, pushed the “lone assassin” theory.
— A major goal of the conference was to induce the National Archives and Records Administration (NARA) to speed up disclosures of JFK Assassination-related records.  Under the JFK Records Act, unanimously passed by Congress in 1992, all but a very few records were to be promptly released. And, all have to be released by October 26, 2017 — unless disclosure is further postponed by the President himself.  But, in the years leading up to the 50th anniversary of President Kennedy’s assassination, it had become clear that a substantial number of JFK Assassination records were still being withheld without explanation.  AARC invited National Archivist David S. Ferreiro to address the pertinent issues including, specifically, how many records are withheld and what justifies their continued withholding in light of the passage of more than five decades.  The National Archivist declined to appear at the AARC conference.  Nevertheless, it is now clear that the pressure placed on NARA at that conference has forced it to make a new public accounting of the unreleased records. This April, a NARA representative appeared at a public forum held by its National Declassification Center and gave a confusing and erroneous description of the extent of the withholding.
— Subsequently, in response to questions raised by a member of AARC’s Board of Directors, the NARA representative made the astonishing admission that more than 36,000 documents remain withheld — partially or wholly — until 2017.  The actual number of pages remains unknown.
In sum, the AARC conference demonstrated the importance of the work that has been done, and what should be done now and in the next few years. AARC has taken the role of explaining the complex aspects of political assassinations to the public — in order to develop the means to push the existing records out of classified secrecy and into accessible view.

Those who watch the videos of the conference, and/or purchase DVD sets containing the 44 conference presentations, are urged to further aid and support AARC actions to extricate the remaining records — tens or hundreds of thousands of them — that remain hidden and unreleased. Please support AARC efforts to free them by making a tax-exempt charitable contribution to: AARC #Free the Documents.