WITH NO SATISFACTORY EXPLANATION

[Editor’s Note: The next time a talking head assures you that there is nothing in the JFK records of any significance, you might want to ask what they can tell you about exactly what’s not in the JFK records. Courtesy of Bill Simpich,  Bill Kelly, and AARC Board member Malcolm Blunt. This new feature is a work in progress. Please bookmark this page for periodic updates. Additions may be submitted for review by contacting us at editor.aarclibrary@gmail.com] 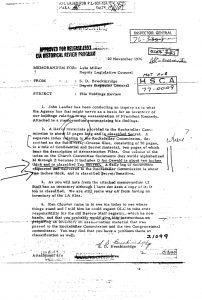 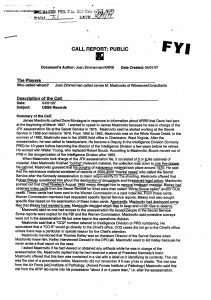 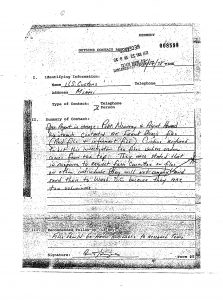 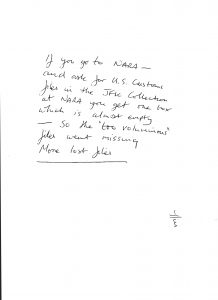 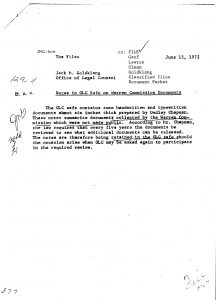 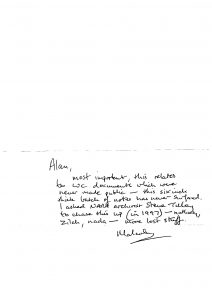 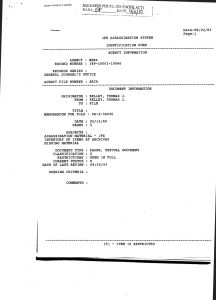 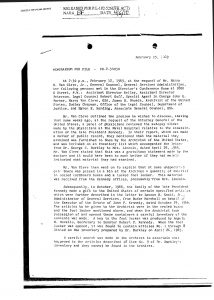 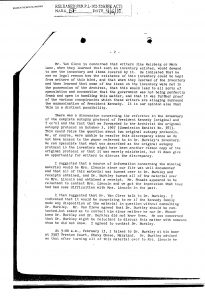 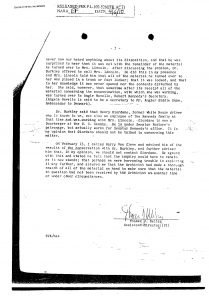 1.  Despite the specific requests of the Assassination Records Review Board, very few assassination-related documents have been provided by NSA. The bulk of them were from their counsel’s office. While the CIA and FBI turned over hundreds of thousands of documents, only a few hundred were provided by NSA.  NSA flatly asserted that none of their intelligence documents contained anything of investigatory significance to the JFK assassination.  This statement is nonsensical, and should be given no weight.

2.  In the same vein, all of the military intelligence agencies provided very few documents in comparison to the CIA and the FBI.   One minor but illustrative example is the failure to find any records for the Director of ONI from 1959-1964.  There are very few records of their handling of anti-Castro assets, agents, and informants.  Their collective response is equally nonsensical to that of the NSA, and should be construed as a non-response.

4.  At least 18 Staff D dispatches to NSA during autumn 1963 are missing from the files.  On a couple of occasions, including 8/31/78, these specific Staff D documents were requested.   The HSCA was told that the eighteen documents directed to Staff D remained unretrievable, because no “file number” was assigned to them. The logical conclusion is that these dispatches received no “file number” precisely because they involve Staff D.

5.  The daily “resumen” (wiretap summary) provided by the LIENVOY basehouse monitors for the period from 9/15/63 to 10/15/63 has not been provided despite a specific HSCA request – a full response as required by the JFK Act would have demanded all relevant resumen for a much longer period of time.

“I do think identifying the missing assassination records is an important project, not because I think we can make the documents appear, but so we can help make this sleeping nation more aware that America has a deep history.”  – Peter Dale Scott

–        –  A former National Security Advisor to the  president is caught stealing documents under his shirt, some of his own records from the Archives II, where the JFK Collection is kept.

–       –   The night time janitor at a major history museum sells off major artifacts to a collector for beer and cigarette money and is only caught after the collector showed off his rare relics at a gun show.

–        –   An archivist with the National Archives and Records Administration (NARA) is caught selling rare photos, films and documents over eBay, including JFK Assassination Records.

–        –   John Newman makes copies of Eisenhower era documents on political assassinations that a few years later are no longer available.

If Peter Dale Scott‘s “Negative Template” theory is correct, what is missing from the extant history is more significant than what is in the documentary record.

As researcher Malcolm Blunt has said, “It’s amazing we have anything left. It’s sickening, just sickening, and a disgrace, an absolute disgrace. The ARRB should have pressured these people into doing a proper search for all of the records.”

This list began when, during a March 2017 press conference at the National Press Club in Washington, I asked Federal Judge John Tunheim if anyone was looking for missing assassination records such as the AF1 tapes and ONI records.

Judge Tunheim shrugged and looked at John Newman, who said to me, “You are.”

So if it’s up to me I’m going to start looking by making a list of them and prioritizing them as to most significant and easiest to find.

In a private conversation afterwards Judge Tunheim gave me his card and asked me to send him a list and he would look into it.

I began the list with the CIA OS Volume Five file on Lee Harvey Oswald, as it was found missing by Malcolm Blunt and given some publicity.

I added a list of my own and after posting them received a response from a number of other prominent researchers with lists of their own.

John Armstrong: Bill, You might also want to include the following:

41) Employment records of LHO collected by the FBI from the Pfister Dental Lab have disappeared.

42) Stripling Junior High (Ft. Worth) records of LHO’s attendance in 1954, collected by the FBI, have disappeared.

43) The “original” US postal money order, allegedly used to pay for the MC rifle, has disappeared.

45) LHO’s Texas driver’s license (and file), seen and handled by numerous employees at the TDPS, disappeared.

46) The Oswald wallet, produced by Capt. Westbrook at 19th & Patton and shown to officers and FBI agent Barrett, was last seen in the hands of Capt. Westbrook.

48) All original NYC school records of LHO disappeared while in FBI custody. Only photographs remain in the National Archives.

50) Interviews by Edward J. Epstein of US Marines who knew LHO in Japan, the Fulton Ousler Collection, kept for years at Georgetown University, are now missing.

53) Interviews by John Hart Ely of Marines who knew LHO at El Toro, CA are missing.

55) SS records for Marina and LHO.