Bill Simpich is a civil rights attorney in the San Francisco Bay Area. He is on the board of directors of the Mary Ferrell Foundation, an organization focused on the study of documents related to the 1960s assassinations, Watergate, and Iran-Contra.

In the following essay, he offers a look at some of the gems found in the new JFK document releases and how to speed up the discovery of future finds.

More than 50 years after the assassination of President John F. Kennedy, thousands of government documents related to his death are still under classified lock and key.

By law, all of the remaining secret documents were supposed to have been released last year. President Donald Trump approved the release of approximately 35,000 files in 2017. But he delayed the publication of many other documents in full or in part until 2021 — when the winner of the 2020 presidential election will have another chance to review them for possible declassification.

Researchers have been digging through the released documents in search of a “smoking gun” file which neatly explains to skeptics what really happened that dark day in Dallas. While it’s possible such a document exists, it’s unlikely.

The difficult job of understanding why a president was murdered, and unpacking the Cold War path that America was treading, involves working through the minutiae — the “boring” material — so that the little puzzle pieces can fit together to form a coherent bigger picture.

One year ago this week, the National Archives and Records Administration released the first of what were to be seven batches of newly declassified documents. Some of those documents had actually been released in past decades, albeit with extensive redactions. Others had never been seen before.

Analysis of the newly available documents, including those released in the 1990s — most of which still remain undigitized — are already shedding light on the murky background of President Kennedy’s murder.

Among other things, the findings offer a golden opportunity to unpack more of the hidden history of the Cold War, revise our assumptions about that fraught era, and — finally — get the story right.

There will be no new document releases until 2021. That gives us three years to digest what we already have, and to create some stronger tools for analysis.

But the work of researchers and interested citizens is already paying off.

Intriguing Revelations From the New Documents

Take the ongoing research on cryptonyms, or crypts — government codewords for people, places, and things that the intelligence community meant to keep hidden.

As someone who has spent a lot of time solving CIA cryptonyms for the Mary Ferrell Foundation (MFF) website, one of the premier online digital archives of JFK documents, let me say a brief word on why decoding the cryptonyms is important. When you know the names of the CIA programs, officers, and agents whose names are hidden, a whole new way of seeing the world opens up to you.

Cryptonyms usually begin with a two-letter prefix that identifies the country of origin (e.g., “AM” for Cuba or “LI” for Mexico), and then the remainder of the word reveals the program (e.g., AMCANOE refers to a project to unify exiles, many of whom had traveled by water from Cuba into the US).

It becomes particularly important when you see memos like this, saying that “we cannot give wholesale approval for their release [cryptonyms], but if the crypts have been previously blown or exposed they can be released.” 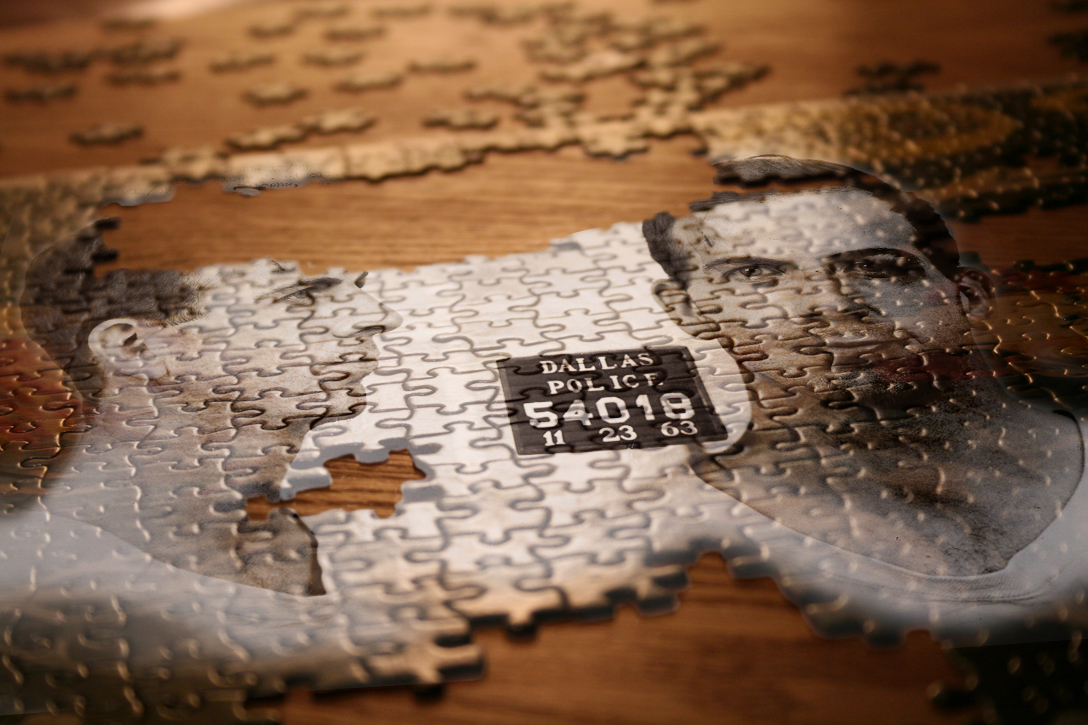 The JFK case is a jigsaw puzzle the size of a football field. Photo credit: Adapted by WhoWhatWhy from Jolene Faber / Flickr (CC BY 2.0) and ARCHIVES.GOV.

Many new crypts have been revealed in the new release. Just two of the recent examples: