After more than fifty years and zero quantum of proof since the JFK assassination, Philip Shenon and Larry J. Sabato insist on the out-worn hypothesis “Castro sorta done it” while reporting how the CIA came to doubt the official story.

From a batch of documents recently released on line by the National Archives and Records Administration (NARA), they have cherry-picked an unauthored 1975-CIA memo that specifically:

• “Noted the failure of the CIA, FBI and the Warren Commission to interview a key witness in Mexico City—Silvia Duran, the Mexican woman who worked in the Cuban consulate and was reported to have had the affair with Oswald.”

• “Offered a detailed theory [about] how Oswald (…) may have been inspired to assassinate the president if, as seemed probable, he read an article on Monday, September 9, in the local newspaper, that suggested Castro was targeted for murder by the United States.”

Duran Case
Shenon and Sabato missed that the Mexican Federal Security Directorate (DFS) immediately and exhaustively interrogated Silvia Duran at the request of the CIA. The very night of the assassination, Chief of Station Win Scott asked CIA asset Gustavo Díaz-Ordaz (LITEMPO-2), outgoing Interior Secretary and incoming President of Mexico, to hold Duran “incommunicado until she gives all details of Oswald” (NARA 104-10422-10090). Langley allowed the Station to “provide questions to the Mexican interrogators” (NARA 104-10102-10145).

On the other hand, the affair with Oswald was a slander by a cousin of Duran´s husband, the well-known anti-Communist Mexican writer Elena Garro. It was reported by CIA contract agent June Cobb (AMUPAS-1), who was renting a room from Garro, but the Legal Attaché (FBI) Nathan Ferris rightly dismissed it after having interviewed Garro and her daughter twice in November 1964. They simply “failed to substantiate the allegations” (NARA 104-10007-10043).

On a related 1965-CIA memo (NARA 104-10404-10320), the Deputy Chief of Station, Alan White, wrote down: “I don’t know what FBI did in November 64, but the Garros have been talking about this for a long time and she is said to be extremely bright.” Scott ruled out White’s concern with a lapidary remark: “She is also nuts.” Apart from Cobb, Garro drove other nuts as well. Charles W. Thomas, a political officer at the U.S. Embassy, raised the fake story with the Secretary of State William Rogers in 1969. Philip Shenon resorted to it in A Cruel and Shocking Act (Henry Holt and Co., 2013). Anyway, a slander never becomes a fact by mere repetition.

Garro refused to appear before the House of Representatives Select Committee on Assassinations (HSCA), while Duran accepted and was thoroughly interviewed by an HSCA panel in 1978. She was adamant that her one and only encounter with Oswald took place at the Cuban consulate on September 27, 1963. As consular clerk, she provided nothing but the standard service related to his application for an in-transit visa to go on to the Soviet Union.

Duran had made the same statement to her Mexican interrogators, and Scott even reported to Langley “she was perfectly willing travel to the United States to confront Oswald.” Notwithstanding, Duran couldn´t get through to the Warren Commission because Scott remarked on the same report: “Present plan in passing info to Warren Commission is to eliminate mention on telephone taps, in order to protect continuing ops.” (NARA 104-10020-10018). The CIA phone-tapping operation LIENVOY involved three calls linked to Duran (NARA 104-10413-10074):

1) Friday, September 27, 16:00 hours. The Soviet Consulate received a call from the Cuban Consulate. Duran said she had there a U.S. citizen who had requested a transit visa to Cuba because he is going to the USSR.

2) Friday, September 27, 16:26 hours. The Cuban Consulate received a call from the Soviet Embassy. The caller asked Duran if the American has been there and she replied: “Yes, he is still here.”

3) Saturday, September 28, ca. 12:00 hours. The Soviet Consulate received a call from a woman who identified herself as Silvia Duran at the Cuban Consulate. She handed the phone over to an American who said in Russian: “I was in your Embassy and spoke to your consul (…) I went to the Cuban Embassy to ask them for my address, because they have it.” From the first two calls, the CIA immediately learned what Duran would later declare to the Mexican authorities and the HSCA; from the third call, a burning issue cropped up: Duran and the American had been impersonated. The Cuban Consulate was closed on Saturdays and Duran didn’t work overtime on September 28, 1963. The CIA transcriber, Boris Tarasoff, firstly noted the American was speaking in “hardly recognizable Russian” and then identified him as the same person in two further calls:

4) Tuesday, October 1, 10:31 hours. A man outside (MO) called the Soviet Military Attaché Office speaking in broken Russian: “Hello, I was at your place last Saturday and talked to your Consul (…) I wanted to ask you if there is anything new.” He was given the phone number 15-60-55.

5) Tuesday, October 1, 10:35 hours. MO said in broken Russian: “Hello, this LEE OSWALD speaking. I was at your place last Saturday and spoke to a Consul (…) but I don’t remember the name… A Soviet replied: Kostikov. He is dark? MO: Yes. My name is OSWALD. SOVIET: Just a minute. I’ll find out (…) Nothing has been received as yet. MO: And what… (SOVIET hangs up). Oswald was fluent in Russian. His own wife Marina said, “he had a pretty good Russian tongue, and she thought at first he was a Baltic Russian.” (NARA 157-10014.10003). After giving on Saturday a curious statement about the Cuban Embassy having his address, which suggests a safe house of the Cuban Intelligence Service (CuIS), the imposter eventually placed on record both the name Oswald and a meeting with Valeriy Kostikov, a KGB officer reported by the CIA to the Warren Commission as “believed to work” for Department XIII, responsible of executive action, including assassination, although neither the CIA nor the FBI could find “any information to fully support [it].” (NARA 124-10369-10063).

Oswald’s impersonation in Mexico City is a key pre-assassination fact. It reinforces the hypothesis of CIA insiders forging Oswald’s linkages to the CuIS and the KGB. Thereupon, framing him up in Dallas and covering the deed up would be part of the natural course of events. 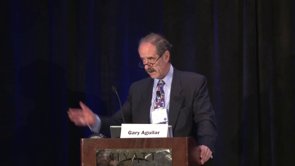