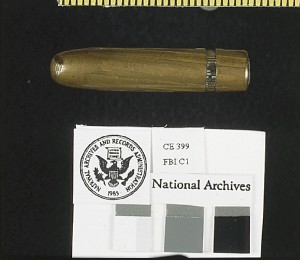 The FBI’s ballistic experts, in their summary report of December 1963, concluded that President Kennedy and Governor Connally were struck by separate bullets. Yet the Warren Commission’s staff decided that they had been struck by the same bullet – the magic-bullet theory. In a letter to the Commission, Director J. Edgar Hoover complained that this conclusion was contrary to the FBI laboratory’s findings. The magic-bullet theory, however, with or without evidence, was a construct necessary to the Oswald as lone gunman scenario.

Fifteen years later, the House Select Committee on Assassinations received testimony from an expert named Vincent Guinn who asserted that metallurgical evidence confirmed the magic-bullet theory. But Guinn’s data and conclusions, based on neutron activation analysis, were contrary to a study on the same bullets by the FBI laboratory. Subsequently, the testing method itself, and Guinn’s conclusion, were thoroughly debunked in a study published in2006 in the Journal of Forensic Science by Erik Randich and Patrick Grant.¹ Contrary to Mr. Shenon’s blithe assertion on the views of experts, the magic-bullet theory remains very much a matter of contention.

Regarding the President’s head wound, a ballistic expert consulted by the Warren Commission, Dr. Alfred Olivier, of the U.S. Army’s Weapons Testing Branch, did agree that the ballistic evidence was consistent with the official “Oswald did-it” version. But Dr. Olivier was not allowed to examine the actual evidence. He had to rely on the official autopsy report that the President had a “through-and-through” bullet hole in the occipital bone of his skull.² All subsequent expert panels that have been given access to the autopsy photographs and x-rays, have agreed that there was no “through-and-through” bullet-hole in the President’s occipital bone, or anywhere else in his skull for that matter.

Rather there is agreement that the top of the President’s cranium was massively disrupted; that there is a defect in the rear parietal area of the head that was caused by the passage of a bullet, and a defect in the frontal area of the headthat was caused by the passage of a bullet. But as to which was the entrance and which was the exit, there is no agreement. The House Select Committee’s forensic pathology panel reached a split decision on the matter.

In reviewing the conflicting expert opinions, a deciding factor may be the Zapruder film which shows that the fatal bullet drove the President’s head backwards, which in any other case would seem to be prima facie evidence that the bullet originated from the front (the direction of the grassy knoll). Dueling experts have variously invoked competing theories including a sudden muscular contraction, acceleration by the President’s limousine, and even a jet propulsion-like recoil to try to explain the backwards movement of the President’s head. Those theories, largely discredited, were designed to explain away the evidence rather than to fit the evidence, and all have their detractors.³

Mr. Shenon’s statement is technically correct in the same sense that there are experts who have studied the evidence and share the view that global warming is a hoax, that there is no link between tobacco and lung cancer, and that evolution is a lie straight from the pits of hell. The truth is, there is no consensus among ballistic experts in support of the lone gunman theory.

We all need to thank Phil Shenon for bringing attention to the CIA’s latest position in their continuing stonewalling of the truth in regard to the JFK assassination. The new limited hang-out that Shenon helps test float in his October 6, 2015, Politico piece, “Yes, the CIA Director was Part of the JFK Assassination Cover-Up,” is acknowledgment that DCI John McCone participated in a “benign-coverup” by withholding crucially important information from the Warren Commission. Once again, we can benefit from what is normally gleaned from a limited hangout: 1) it will fill in some blanks; 2) point the way to further avenues of investigation; 3) illustrate the continued lying while admitting to past lying; 4) illuminate the real issues by its misdirection; and 5) ultimately contribute to the long unravelling leading to the eventual revelation of truth. In this case, Shenon’s latest spin on the CIA’s new limited hangout does all this and more. I say “his spin” deliberately because Mr. Shenon’s latest article in Politico1 doesn’t even accurately represent his cited CIA source.
We can elucidate this from an examination of some of the specific assertions Mr. Shenon makes in his article which is based on a recently declassified chapter out of a top secret CIA biography of former CIA Director John McCone.2 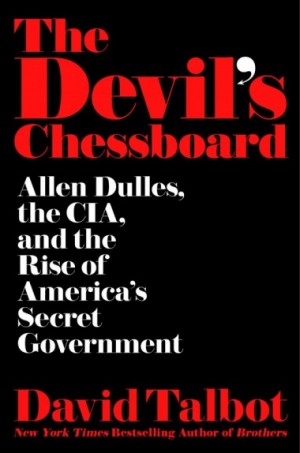 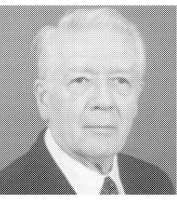 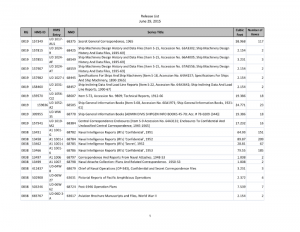 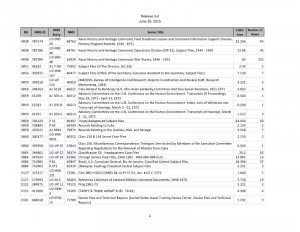 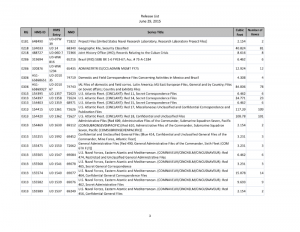 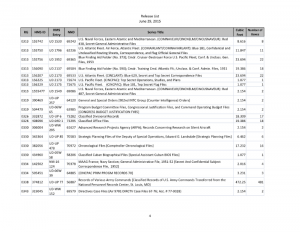