In December of 2001 and January of 2002 during an interview with U.S. Navy Bureau of Medicine and Surgery historians, Dr. James Young, a physician who had worked with White House Physician Admiral George Burkley during the Kennedy administration, related that during the autopsy he had been given a bullet in an envelope by White House Medical Corpsman Chief Petty Officer Thomas Mills after his return from the White House garage to retrieve skull fragments from the rear of the limousine. Young described this bullet as jacketed, straight but with a bent tip and visually close in diameter to CE399, which he estimated to be ½ centimeter. Dr. Young voiced his concerns to the interviewers that he had never seen any reference to it in the Warren Commission investigation. The last thing he remembers is that he gave the envelope containing the bullet with the bent tip to Dr. Humes, the head autopsy pathologist, and that the bullet was never seen or documented after that. Dr. Young had embarked on his own investigation approximately one year prior to being interviewed by the Navy historians. His uneasiness over this point had caused him to reach out to President Gerald Ford, the last living member of the Warren Commission, in December of 2000 in an effort to find the final disposition of this bullet and President Ford replied. After reading the article on the Navy Live website and the entire transcript of his interview obtained by FOIA request, AARC Board member Randolph Robertson M.D. contacted the Ford Library to see if Dr. Young had indeed written to the ex-president in an effort to corroborate his statements made to Navy interviewers.  He had, and his letter including his recollection of a missing bullet with a bent tip had preceded his same recollection to Navy historians one year later in December of 2001.

In the interviews Dr. Young said that he had initially contacted White House Corpsman Chief Petty Officer Mills by telephone and Mills confirmed his recollection. Navy historians called Mills in an effort to verify Dr. Young’s claims. Mills told historian Jan Herman that he remembered the event but when pressed for details Mills stated that he didn’t want to talk about it even after the historians notified him that they represented the U. S. Navy Bureau of Medical and Surgery Office of Medical History. Significantly Mills did not repudiate Dr. Young’s claim, something that might well have been expected if Young had fabricated the episode and falsely implicated Mills in the process.

Dr. Robertson then contacted Navy interviewer Jan Herman who informed him that the interview with Mills had not been taped but that Mills tone of voice changed perceptibly when pressed for details of the episode. Herman also vividly remembered the Young interview because after having the tapes transcribed, Dr. Young then adamantly refused to sign the release form for the Navy to use them. In the hundreds of oral history interviews that Herman had conducted, Dr. Young was the only one who had refused to sign such a release. Dr. Young’s stated reason was that there were revelations contained within the interview which he did not want to be made public. This same sentiment was included in his earlier letter to President Ford. An additional FOIA request by Dr. Robertson for the actual tapes of the interviews was non-responsive as the tapes could not be found. Dr. Young died in 2008 due to complications following a stroke.

From the Mary Ferrell Foundation: “I would not care to be quoted on that.” 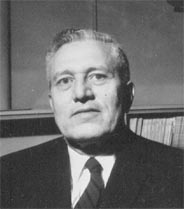 George Burkley, Assistant White House Physician at the time of this photo. He became JFK’s personal physician in July 1963.

The Warren Commission was faced with contradictions in the medical evidence. The Parkland Hospital doctors who treated the mortally wounded President described an entrance wound in the throat and a large occipital (rearward) wound in Kennedy’s head. The autopsy doctors declared the throat wound to be one of exit, and drawings they produced of Kennedy’s head wound showed it to be largely on the right side. At issue in these varying descriptions is whether shots came from the front or the rear.

One man was best suited to address these conflicting accounts – the President’s personal physician Dr. George Burkley. Burkley rode in the Dallas motorcade, was present at Parkland Hospital, rode Air Force One to Washington with the body, and was present at the autopsy, by some accounts running it. He signed the White House Death Certificate, wrote “verified” on a “face sheet” created during the autopsy, and took physical possession of JFK’s brain and tissue slides.

The Warren Commission never interviewed him.

Though Burkley was continually mentioned by other Commission witnesses, the only statements from the doctor himself to appear in the Warren Commission’s 26 volumes is CE 1126, a report Burkley wrote 2 days before the Commission was announced.

In 1976, Burkley’s lawyer William Illig contacted Richard Sprague of the HSCA, saying that his client had information that “others besides Oswald must have participated.” Sprague was ousted days later, and the reconstituted HSCA and its medical panel never took Burkley’s testimony. Instead, a short phone contact the following year was followed up yet months later, when the HSCA was done with all its public medical presentations, with an strange affidavit signed by Burkley. The affidavit, in which Burkley attested to his constant presence with Kennedy’s body from Parkland Hospital on, seemed almost solely devoted to refuting David Lifton’s as yet-unpublished Best Evidence.

The ARRB in the mid 1990s contacted the family of the now-deceased Burkley, and initially received verbal permission to obtain the lawyer Illig’s files. But Burkley’s daughter subsequently changed her mind and in the end declined to sign the necessary waiver.

Questions abound about Burkley’s handling of the now-missing brain of JFK, his role at the autopsy, and his involvement in the 1965 transfer of autopsy materials into the Kennedy family’s hands. Did the Warren Commission and HSCA avoid Burkley because they were afraid of what he would say? In a 1967 oral history, Burkley was asked whether he agreed with the Warren Commission’s view on the number of shots. Burkley’s reply: “I would not care to be quoted on that.”