[Note: A part of the China Global Television Network group, CGTN is owned and operated by China Central Television (CCTV), a state-owned media organization of China.]
By Ceng Jing 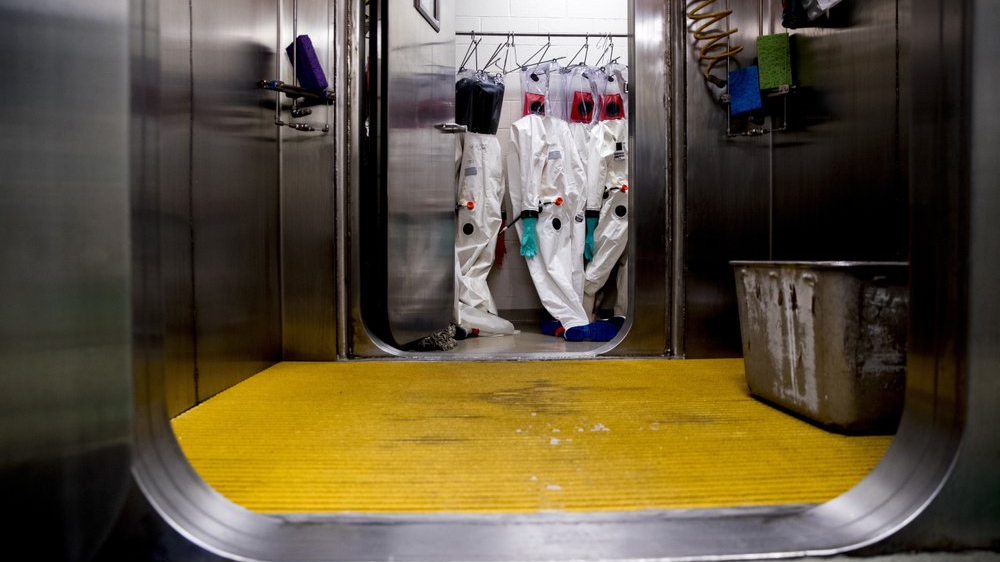 Since the Trump administration declared national emergency in mid-march over the rapid spread of COVID-19, the task of developing a vaccine has fallen on the U.S. Army’s top virus research lab in Fort Detrick, located in suburban Maryland some 50 miles outside of Washington, D.C..

Over the past decades, leading researches on a wide range of viruses and bacteria were conducted inside the sprawling complex. Its state-of-the-art facilities also store some of the most dangerous toxins known to mankind, including Ebola, anthrax and the SARS coronavirus.

The obscure army base came under the spotlight in 2008 after one of its scientists was suspected to have perpetrated the 2001 anthrax attack, where several letters containing the deadly germ was mailed to American media and government offices.

Last year, one of the most prominent high-security labs inside the campus was shut down by health authorities due to safety violations. Besides a few incidents here and there, Fort Detrick seems like an ordinary place for modern medical science. Dialing back to history a little further, however, a period of purely freakish history begins to emerge.

After World War II, Fort Detrick became a site of horrifying scientific experiments conducted under a top-secret CIA quest to control the human mind, known as Project MK Ultra. After more than 20 years, the project ended in abysmal failure and led to an unknown number of deaths, including a scientist who participated in the project, and at least hundreds of American and Canadian victims subjected to mental and physical torture. The experiments not only violated international law, but also the agency’s own charter which forbids domestic activity.

Project MK Ultra was brought to life by the godfather of America’s intelligence empire – CIA Director Allen Dulles, whose ever-fiery rhetoric about Soviet threat helped him prop up an omnipotent national security apparatus that would come to define American politics. In 1953, after capturing American pilots who admitted to deploying anthrax during the Korean War, Dulles began touting theories that they had been brainwashed by then communists of the Democratic People’s Republic of Korea. To ensure national security, he argued, the U.S. must devise its own brainwashing program.

Dulles’ claim turned out to be based on nothing more than pure Cold War fantasy as a report he later commissioned rejected the communist brainwashing claims. Yet, the cunning spymaster Dulles who was known to have actively rescued several top Nazi officials against the will of his own government, continued the program for a far more nefarious reason.

As explained by David Talbot in his book The Devil’s Chessboard, many spies recruited in the early days of the Cold War were sketchy, undependable characters motivated by inner vulnerabilities such as greed, lust or revenge. Meanwhile, the agency was looking for ways to rule out these psychological variables by creating human machines that would act on command, even against his own conscience. 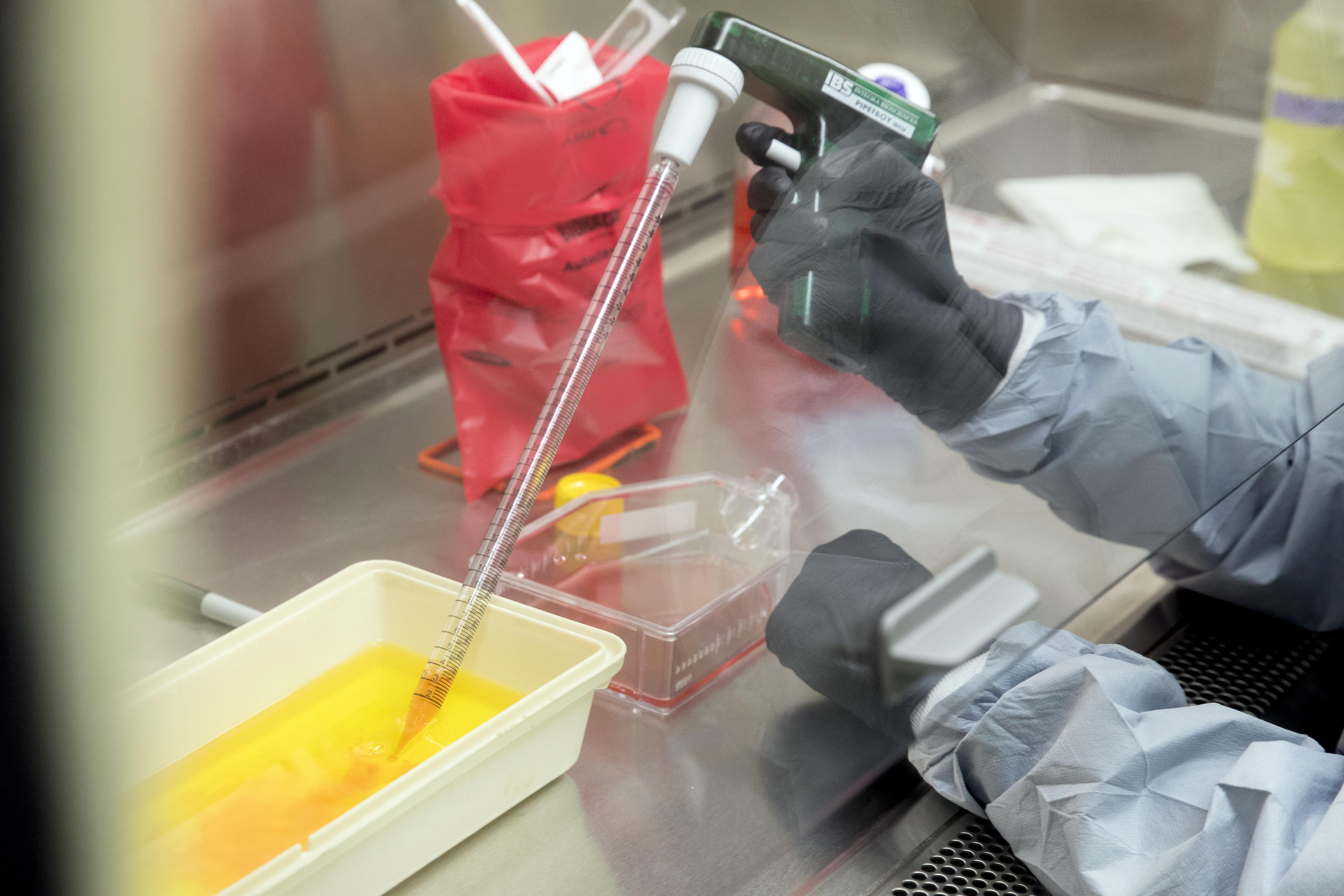 In official terms, the main goal of the program was “research and development of chemical, biological, and radiological materials capable of employment in clandestine operations to control human behavior,” according to a declassified memo produced by the CIA Inspector General. It quickly ballooned in scale, branching into 149 sub-projects involving at least 80 institutions including universities, hospitals, prisons and drug companies across the United States and Canada.

To master mind control, a cadre of rogue scientists freely tested extreme methods on humans that would land anyone in prison had it not been inside the parameters of Fort Dertrick. These include forced administration of psychoactive drugs, forced electroshocks, physical and sexual abuses, as well as a myriad of other torments all silently carried out behind the high walls of “national security.”

Dulles was especially keen on finding out if hallucinogens like LSD could induce selected individuals to carry out “acts of substantial sabotage or acts of violence, including murder,” recalled the agency’s top poisons expert Sidney Gottlieb who spearheaded the program.

Declassified documents reviewed by CGTN showed the premises being investigated under the program ranged from the bizarre to the extremes of science fiction: Drugs that would “cause mental confusion;” “provide a maximum of amnesia;” “produce pure euphoria with no subsequent let-down;” “lower the ambition and general working efficiency of men;” and many others.

Throughout its two-decade lifespan, MK Ultra was executed in extreme secrecy as the agency had expected significant political backlash had it become public knowledge. It was so secretive, in fact, that only a few top agency officials were aware of its existence.

Unbeknownst to neither the White House nor Congress, people of the forgotten corner of America – the prisoners, prostitutes and the homeless – were picked off the streets as unwitting participants in the mad science at Fort Derrick: “People who could not fight back,” in the words of Gottlieb. However, the program also relied on people who could, including American soldiers and unsuspecting patients who inadvertently stumbled into MK Ultra-associated hospitals and clinics across North America.

In July 1954, airman Jimmy Shaver at the Lackland Air Force Base was accused of raping and killing a three-year-old girl in San Antonio. Throughout the incident, he was often reported to be in a “dazed” and “trance-like” state. While under arrest, Shaver also seemed to have lost a tremendous amount of his memory, including those involving his wife. Four years later, he was executed on his 33rd birthday. It wasn’t until later the public learned that Shaver, who had no previous criminal record, was one of the guinea pigs used by MK Ultra. The mind-control project had played a significant role in sending Shaver to the electric chair, according to The Intercept.

Others who survived the brutal experiments revealed the horrendous aftereffects of the CIA-sanctioned brainwashing. Linda McDonald, a 25-year-old mother of five young children, reported that she had essentially turned into an infant after going through the notorious Sleep Room experiments, which she was told would treat her non-existent acute schizophrenia. For 86 days, McDonald was in a coma induced by rounds of powerful narcotics and electroshocks that fried her brains 102 times. 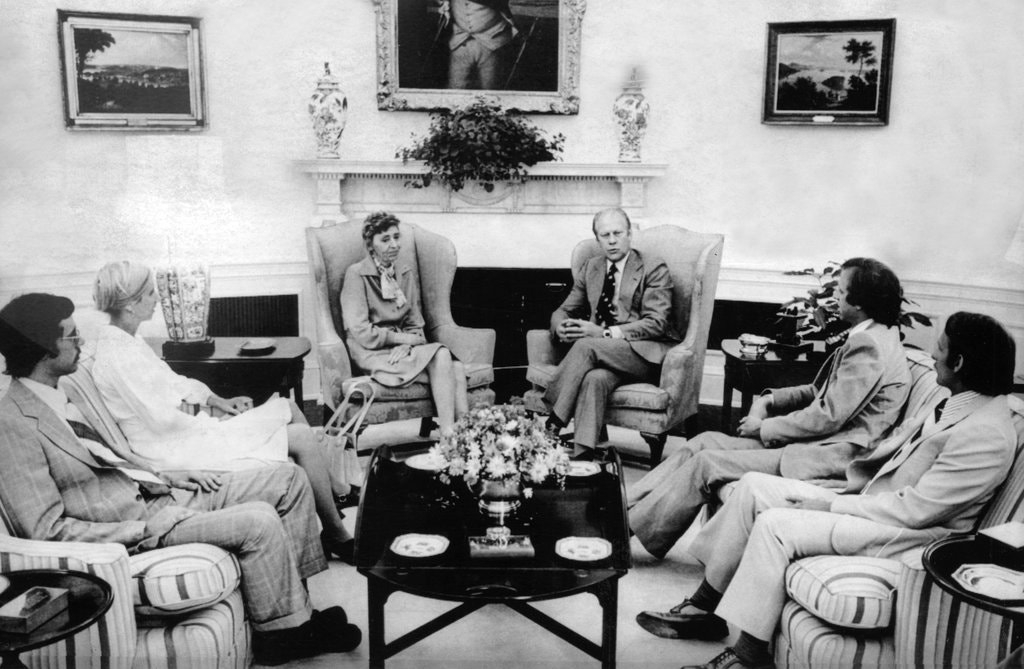 Former U.S. President Gerald Ford apologizing in 1975 to the family of Frank Olson, who died in 1953 after the CIA gave him a dose of LSD. /AP

“I had to be toilet trained,” McDonald said. “I was a vegetable. I had no identity, no memory. I had never existed in the world before. Like a baby.”

Yet, of all the 180 doctors and researchers who took part in these illegal experiments, few had expressed any suspicion or remorse. The one who did turned up dead.

Frank Olson was a biochemist and father of three children who worked in the Biological Warfare Laboratories at Fort Detrick. He was one of the MK Ultra scientists who regularly traveled between “black sites” in Europe to observe different human experiments. After a 1952 visit to the Camp King, a notorious CIA safe house in Germany, he was particularly shaken by the cruelty to which Soviet prisoners were subjected to, according to Talbot.

“He had a tough time after Germany … drugs, torture, brainwashing,” Olson’s former colleague at Detrick, researcher Norman Cournoyer was quoted as saying. By the time he returned from Germany, Olson had suffered a “moral crisis” and was ready to give up his science career to become a dentist, according to Olson’s family. Yet, before he could change his life, the scientist himself had unknowingly become one of many unwitting victims of MK Ultra.

A week before Thanksgiving, Olson was invited to a weekend retreat in a secluded CIA facility at Deep Creek Lake in Maryland. One night after dinner, Olson and other unsuspecting scientists were given LSD-laced drinks, after which he began to hallucinate wildly. The ordeal ended a week later, when he crashed through the 10th floor window at the Statler Hotel in Manhattan. The scientist’s death was hastily concluded by CIA officials as suicide. However, Olson’s children could hardly accept the “narrative” and began their own investigation into the tragic end of their father.

After decades back and forth with the U.S. government and investigation by Frank’s son Eric and Nils, including an exhumation autopsy, substantial evidence have weighted toward the possibility of the scientist’s murder. After examining Olson’s remains, Forensic pathologist James Starrs pointed out several key inconsistencies that contradicted with the official narrative suicide. Despite having landed on his back, the skull above Olson’s eye had cracked, suggesting a blunt force to the head prior to crashing through the window.

“The death of Frank Olson on 28 November 1953 was a murder, not a suicide,” Eric Olson declared. “This is not an LSD drug-experiment story, as it was represented in 1975. This is a biological warfare story. Frank Olson did not die because he was an experimental guinea pig who experienced a ‘bad trip.’ He died because of concern that he would divulge information concerning a highly classified CIA interrogation program in the early 1950s, and concerning the use of biological weapons by the United States in the Korean War.”