Final Word on the JFK Assassination: There Will Never Be a Final Word 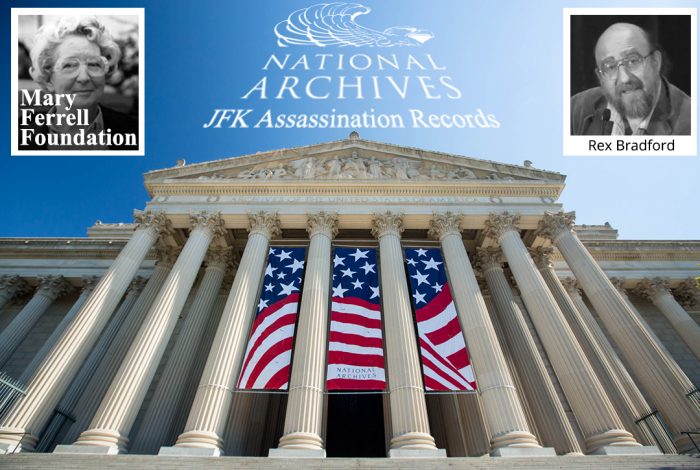 Some people may know where bodies are buried; Rex Bradford knows where all the papers are buried. The leading archivist and historian of the records of the JFK assassination has a lot to say in his talk with WhoWhatWhy’s Jeff Schechtman.

According to Bradford, the recently released 19,000+ pages are interesting, but in no way dispositive. What they reveal, more than anything else, is further evidence of how so many cover-ups — for so many reasons, by so many groups, agencies, and individuals — have hopelessly muddied the waters.

Bradford believes that from President Lyndon Johnson’s recruitment of Earl Warren to President Donald Trump’s holding back the release of still more documents, layer upon layer of self-serving lies have made the truth now impossible to uncover. Moreover, he argues that kicking the can down the road really does work as a way to hide what Peter Dale Scott once called “this oblique path to the truth.” Bradford points out how ironic it is that there are now over five million pages of documents of a story in which the popular narrative was once that one man acted alone.

He talks about who’s been making the decisions about what is and isn’t redacted, missing transcripts from the Church commission, some new documents on Oswald’s alleged trip to Mexico seven weeks before the assassination … but also about how no new document is a smoking gun.

Much like our politics today — or maybe because of those politics — Bradford doesn’t think we will ever agree on a common set of facts about the assassination.

Read the transcript and listen to the podcast at WhoWhatWhy