Earlier this year AARC filed suit under the Freedom of Information Act in Washington D.C. to obtain documents from the CIA related to its study of the July 20, 1944 plot to assassinate Adolf Hitler to develop a plan to overthrow Fidel Castro in Fall 1963.  The basis of the request is a formerly Top Secret Joints Chiefs of Staff memo dated September 25, 1963 found by Bill Kelly (attached). Last Friday, CIA reversed itself once again and produced six documents responsive to AARC’s request.  A 76 page March 1964 document includes an in depth analysis of the 1944 Hitler assassination plot in the context of an upcoming 20 year anniversary of the attempt on Hitler’s life, and explores alternative propaganda strategies for blaming the failure of the assassination attempt on Communists.  The other released records are related to the CIA’s processing of AARC’s request.

Significantly, there is no information released about the CIA’s study of the Hitler assassination plot in Fall 1963 to develop a plan to dispose of Castro.  We are to believe that the Hitler plot was important enough to be the subject of in depth written analysis at CIA due to an advancing 20th anniversary, but that an in depth study of the plot in Fall 1963 in order to topple Fidel Castro has left no writings.  This is highly unlikely, and AARC will vigorously litigate CIA’s failure to produce the important records. 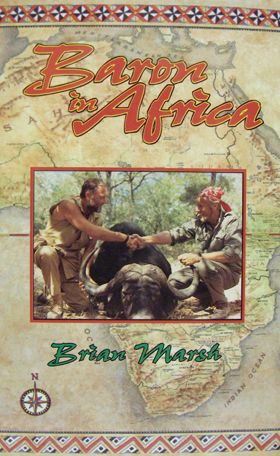 In another pending FOIA case, Jim Lesar is pursuing information about an OSS double agent and convicted Nazi assassin, Werner von Alvensleben, who was reported by the Dallas Morning News to be in Dallas in late 1963 as a guest of the owner of the Texas School Book Depository building, D.H. Byrd.  Byrd was reported to have been at von Alvensleben’s Safari hunting preserve in Portuguese East Africa on November 22, 1963.

Hunting publications report that von Alvensleben’s favorite hunting rifle was the 6.5 mm Mannlicher-Schonauer, known as the “World’s Finest Rifle”.  Warren Commission member John McCloy questioned the FBI’s firearms expert as to whether the ammunition found in the Texas School Book Depository building could have been fired from a Mannlicher-Schonauer.  The FBI expert was not familiar with that rifle and could not answer.  Reportedly, Mannlicher-Carcano and Mannlicher-Schonauer ammunition is virtually identical.

According to OSS records, von Alvensleben circulated a manifesto on the July 20 plot to assassinate Hitler among Germans in Portuguese East Africa in 1944, incurring the ire of German officials.