The Full Story of the Sirhan Sirhan Parole Hearing 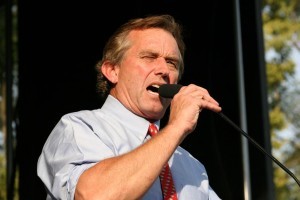 The ban on video and audio recordings at Sirhan Sirhan’s parole hearing on February 9 meant the world depended on the one reporter allowed inside the hearing to tell us what happened. He had to condense “more than three hours of intense testimony” into 854 words.

Elliot Spagat’s lively account of the proceeding for the Associated Press omitted one very important document that shooting victim and Kennedy family friend Paul Schrade presented to the parole board. This was a letter from Robert F. Kennedy Jr. to US Attorney General Eric Holder, dated September 25, 2012, supporting Schrade’s request for a new investigation of his father’s murder:

Paul was a close friend and advisor to my father. He was standing beside my father when Daddy was killed and Paul was himself wounded by a bullet. With boundless energy and clear mind, Paul continues to pursue my father’s ideas, an endeavor to which he has devoted his life. He organized with the support of my mother and my family the building of the new Robert F. Kennedy Community Schools on the former Ambassador Hotel site. Paul and his team…strongly believe this new evidence is conclusive and requires a new investigation. I agree and support his request for a new investigation.

The request for a new investigation was partly based on a new analysis of the Pruszynski recording, the only known audio recording of the shooting. After studying the tape, forensic audio expert Phil Van Praag concluded 13 shots and 2 guns were fired in the Ambassador Hotel pantry on the night of the shooting.

At Holder’s direction, the FBI Laboratory conducted a very limited and deeply flawed examination of the Pruszynski recording and reportedly “could not confirm the number of shots or determine the identification of specific weapons.”
The FBI refused to accept the papers Van Praag had written detailing his methodologies and discoveries. In fact, the Bureau refused to communicate with him in any way.

The FBI’s examination report, obtained through a Freedom of Information Act request, shows the FBI used outdated methodologies and failed to provide their own analyst with critical background materials about the shooting scene.  These included witness statements, the autopsy report and movements of key people, including Stanislaw Pruszynski himself, at the time of the shooting.

The analyst describes searching for videos of Van Praag’s work on Youtube and working from low-resolution screen grabs of my film on Van Praag’s discoveries in an effort to find out precisely where to look, how to look, and what to look for. These are details he could have discovered by simply picking up the phone and calling Van Praag or inviting him to the FBI’s Quantico laboratory  for a briefing.