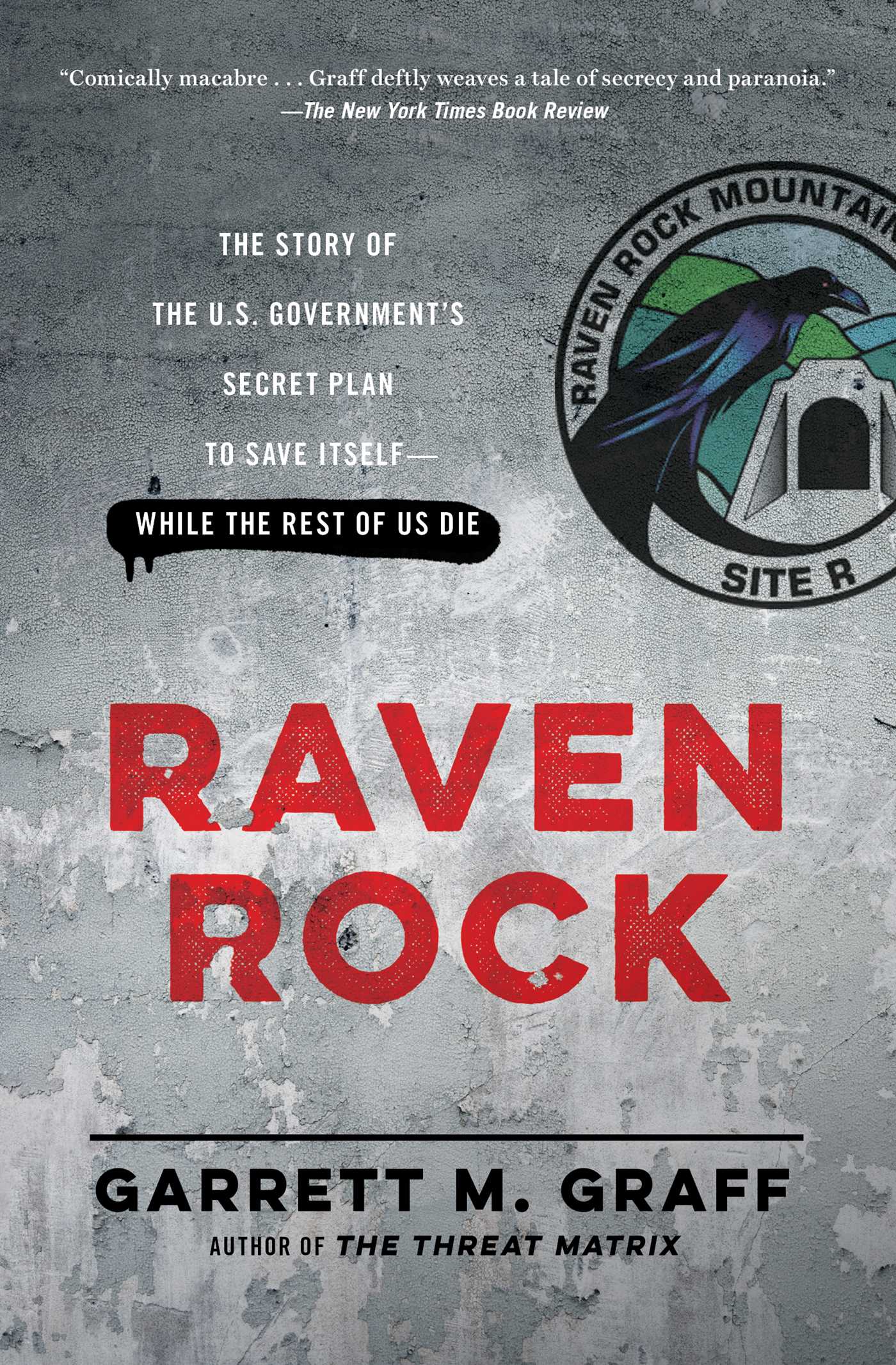 In Making of the President 1964, author Theodore White wrote–

Of all things Kennedy did for Johnson none, however, was perhaps more instantly important on the weekend of November 22 than a minor decision Kennedy had made months before. He had decided that in the secret emergency planning for continuity of American government in the happenstance of a nuclear attack, Johnson should be given a major role. Through Clifton, who acted as White House liaison to the Department of Defense, all emergency operational planning was made available to the Vice-President in duplicate. These plans, envisioning all things from the destruction of all major cities to the bodily transfer of governing officers to an underground capital, included, of course, detailed forethought of the event of the sudden death of the President. Pages 42-43 of the 1965 edition.

Garrett Graff has written a revelatory work describing the history and function of such federal government emergency preparedness activities during the Cold War and after, or as many as he could uncover (called Continuity of Government activities). This reader was favorably surprised by the number of formerly secret activities and procedures that were revealed in the book. Anyone interested in these subjects should read Graff’s book and will be well rewarded for the effort. (Raven Rock is the location of the Pentagon’s bunker complex located on the Maryland-Pennsylvania border near Gettysburg).

Serious students of the assassination of President Kennedy have noticed unexplained events in the storyline that appear related to the government’s secret Continuity of Government activities. Larry Haapanan and Alan Rogers wrote an article titled “A Call Out of the Blue” that describes a mysterious phone call received at Ft. Sam Houston minutes before the assassination. The Army officer who received the call felt it was so unusual, and in light of its timing minutes before the assassination, that it should be investigated. An Army intelligence investigation ultimately penetrated the secrecy surrounding the phone call and the mystery call was discovered to be the Air Force airborne command post, the National Emergency Airborne Command Post (NEACP). Haapanan and Rogers’ article can be viewed at https://www.maryferrell.org/showDoc.html?docId=4275#relPageId=13

The NEACP plane was attempting to establish communications with Ft. Sam Houston, which was the headquarters for the US Army in the southwest. NEACP planes were airborne during the Cold War as an alternative national command center in the event of outbreak of nuclear war. They were one feature of an elaborate and very secret system set up by the government to try to assure survival of government and its leaders in a nuclear war, described by Graff in Raven Rock.

Several years ago while listening closely to the Air Force One tape from November 22, 1963, at a point after the President had been shot, I heard amidst the static a rapid fire voice announcing “Take over this frequency immediately with Presidential Emergency Traffic.” 8:30 on the tape at this web address: https://commons.wikimedia.org/wiki/File:Radio_Traffic_involving_AF1_in_flight_from_Dallas,_Texas_to_Andrews_AFB_on_November_22,_1963__reel_1_-_NARA.ogg

What follows this terse announcement is an effort by the State Department to contact Secretary of State Dean Rusk on the cabinet plane high over the Pacific and inform him of the attack on the President. In what Graff finds to be a pattern in real world emergency response, Secretary Rusk already was aware of the shooting via a news ticker on the cabinet plane.

With the assistance of archivists at the JFK Presidential Library, I located some of the historical record of the Kennedy administration related to Continuity of Government planning. Garrett Graff writes that emergency planning was a priority for JFK, and this is borne out by the quantity of National Security Action memoranda on this topic during the Kennedy years.

Perhaps most informative to the events of November 22, 1963 was a report to the President on the status of emergency planning in June 1962. This report identified a key problem in government leadership, namely Presidential succession during a nuclear war. The Vice President is the designated constitutional successor and beyond the VP a statute names the Speaker of the House, then the President Pro Tem of the Senate, followed by the then twelve cabinet officers. The June 1962 report identified a weakness in the system of government in the event of nuclear war resulting in the death of most or all of the designated successors to the Presidency, and suggested a possible unspecified legislative change.

Applying this new knowledge to the events of November 22, 1963, one must assume that there was a global system of thousands of nuclear weapons aimed at our enemies. This system was required to find its designated commander-in-chief to give orders as to use. When President Kennedy was shot in Dallas, our nuclear weapons system would have needed urgently to know who was in command, and when word of the President’s death came, the system would immediately switch command to the Vice President, now the successor commander-in-chief. The swearing-in ceremony is a mere formality– power would have passed when word of the President’s death was first received. Standby authority for military officers to use nuclear weapons existed if the President or designated successor could not be reached. This might explain LBJ’s reported remark on the flight back to Washington from Dallas that he wondered if the missiles were flying. (LBJ adopted as his governing theme after the assassination, “Let Us Continue”, which may have derived from the phrase Continuity of Government).

Despite Garrett Graff’s extensive efforts, gaps remain in our knowledge. A 1963 follow-up report to JFK on emergency planning is still classified for national security reasons, along with other Kennedy-era documents. Graff was only able to piece together a skeletal understanding of the most secret government plans, some of which apparently are in effect today. Graff believes that plans exist that describe a successor government to our constitutional republic after disaster strikes. This new form of government is called Enduring Constitutional Government (ECG), and as described is primarily an executive branch activity. Congress is currently unable to reconstitute the House of Representative in less than approximately two months, so ECG might operate without a Congress. Graff reports that there are plans to replace Congress’ role with a “gang of four”- the Majority and Minority leaders of the two houses of Congress, assuming they survive disaster. They might speak for the Congress during ECG. The courts are given little priority in the planning other than to have some judicial body, perhaps surviving federal appeals court judges, available to approve ECG’s emergency decrees. We can rest assured knowing that ECG has established an emergency website on which to publish the Federal Register online. This would provide a way to attempt to meet legal requirements for publication of emergency decrees.

You will find much more high quality food for thought in Raven Rock. The threat of nuclear war quite obviously changed the thinking of the government and resulted in much effort on its part to think and plan for the unthinkable. We as citizens must always vigilantly guard against loss of our constitutional freedoms. The only solace to be taken from considering these disturbing plans is that as bad as our present political situation may be, things could get very much worse in the case of national emergency.

Raven Rock may be purchased from Amazon by clicking HERE.