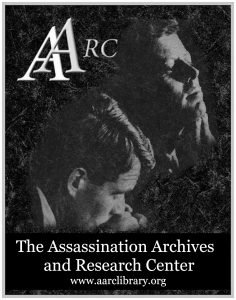 The Assassination Archives and Research Center, is a privately funded, Maryland-based organization founded in 1984 “to provide a permanent organization which would acquire, preserve, and disseminate information on political assassinations,” according to the center’s website.

Daniel Alcorn, the center’s attorney, told Courthouse News that the case stems from a joint chiefs of staff document that the organization acquired.

Alcorn said the document contained an intriguing reference to the CIA basing a plot to kill Fidel Castro in 1963 on an earlier plot to kill Adolph Hitler crafted by the Office of Strategic Services during World War II.

“This was new information to us when we saw it,” Alcorn said.

President Franklin D. Roosevelt ordered the creation of the Office of Strategic Services during World War II after observing the success of the British Secret Intelligence Service, also known as MI6.

The OSS was dissolved by President Harry S. Truman after the war, and it was replaced by the CIA in September 1947.

Alcorn explained that in terms of  its timing, the plot to kill Castro, who died of natural causes at the age on 90 in November, coincided with the assassination of President John F. Kennedy.

He said throughout that fall of 1963, a congressional inquiry into the CIA’s activities regarding Castro was unfolding, and that resulted in the creation of “a body of literature.”

“But we discovered this information,” he said of the revelation of a Hitler plot. “So we’re seeking information from the CIA about these records.”

The AARC has obtained a Joint Chiefs of Staff document containing an intriguing reference to the CIA basing a plot to kill Fidel Castro in 1963 on an earlier plot to kill Adolph Hitler crafted by the Office of Strategic Services during World War II. Image: The Times, U.K.

“This is of great interest to people studying history because it’s new information,” Alcorn added.

The center filed a Freedom of Information Act request with the agency on Aug. 25, 2012, seeking documents related to the plot to assassinate Hitler, and also the CIA’s review of that plot as part of its effort to try to topple Castro.

“Originally the CIA told us they had no records. Then they rescinded, saying they were wrong and they do have the documents,” Alcorn said. “But then they came back again and said they don’t have records.”

Frustrated, the center sued the agency in the federal court in Washington, D.C. on Jan. 25.

It contends the CIA is obligated to provide it with the documents it requested, and by not doing so, it is violating the FOIA.

It also asserts the requested records are  relevant to several other entities, including the Department of Justice and Federal Bureau of Investigation; the President’s Commission on the Assassination of President John F. Kennedy; the Senate Select Committee on Government Operations with Respect to Intelligence Activities; and the House Select Committee on Assassinations.

“The CIA’s failure to comply with the FOIA harms AARC’s ability to provide full, accurate and current information to the public on matters of high public interest,” the complaint says. “Absent this critical information, AARC cannot advance its goal of informing the public on the documentary record on critical public issues related to political assassinations and related subjects.”

The center says it plans to disseminate any documents it receives from the CIA through its website, social media, reports and news releases.

It is seeking a determination that the agency violated the FOIA, and an order compelling it to release any documents it has that are relevant to the center’s request.

A representative of the CIA did not immediately respond to a request for comment.