To commemorate living with loss and suspicion for 59 years, the AARC offers the following, with an introduction by distinguished Professor Peter Dale Scott:

I do not believe that the JFK assassination should be described as a CIA plot; other agencies may have played as great or even greater role. Yet very relevant to the alleged visit of Oswald to Mexico City, two months before 11/22, is the fact that, at this time, the CIA opened a counterespionage operation, LCIMPROVE, which consisted in large part of falsified information about the defector Lee Oswald, planted by the CIA in its own files.

The CIA took elaborate steps to conceal these LCIMPROVE documents from the Warren Commission, culminating in CIA Deputy Director of Plans Richard Helms’s testimony to the Commission on which Dulles sat. His answer to a carefully crafted question, as to whether the CIA had supplied all its information “in regard to Lee Harvey Oswald” (5 WCH 122), arguably constituted perjury. It was certainly obstruction of justice.

The JFK assassination was an example of what I call a deep event, one wrapped in mystery, obfuscated by lies, attributed to marginal forces, yet permanently affecting the nation’s polity. 1963 was the first year of what came to be called the Doomsday Network, a governmental emergency network designed to be used by those in power if regular communications were incapacitated. This network played a role in Dallas on 11/22/63. (One minor example: it included the radio channel used by the Secret Service in Dealey Plaza, though no transcript of their messages was supplied to the Warren Commission.) It is relevant that the Doomsday Network, now part of Continuity of Government (COG) operations, also played a key role in a later deep event, 9/11/2001.

The successful cover-up of the facts about the JFK assassination has been followed by still other deep events in which the COG Doomsday Network again played a key role. In the 1990s, commenting on this, I predicted that we might see even more such deep events. Within a decade, America experienced 9/11.

Can we expect the House Committee to report to us on the role played by COG on January 6, 2021? 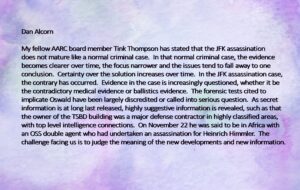 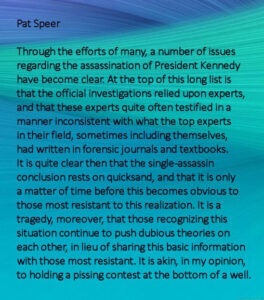 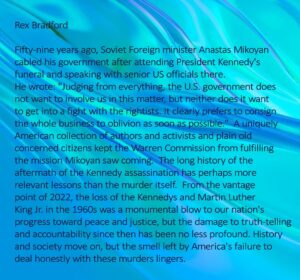 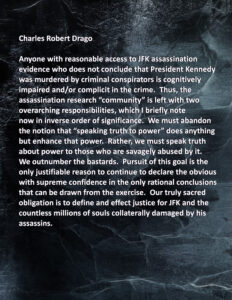 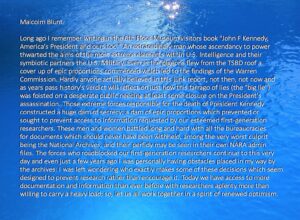 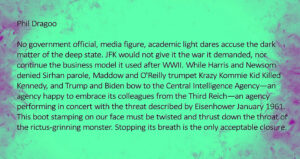 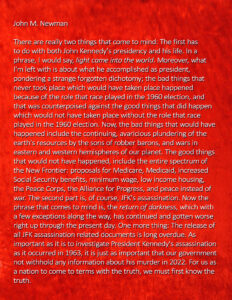 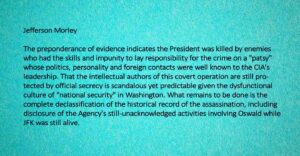 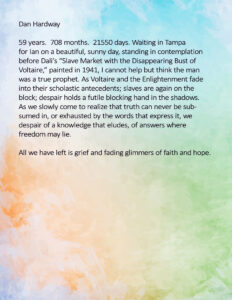 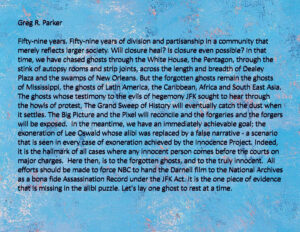 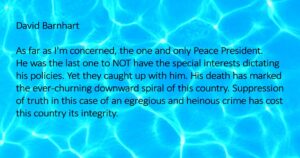 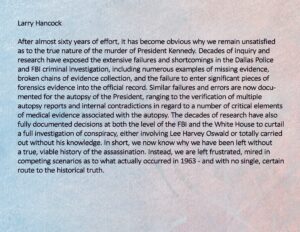 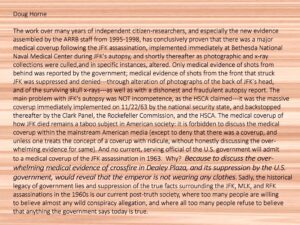 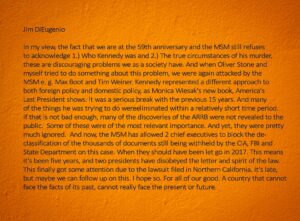 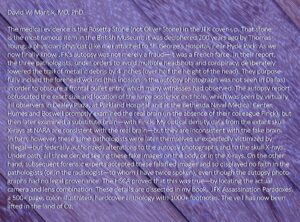 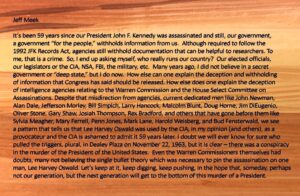 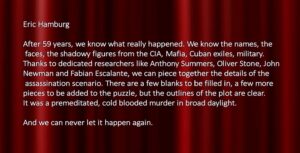 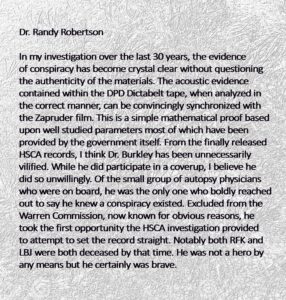 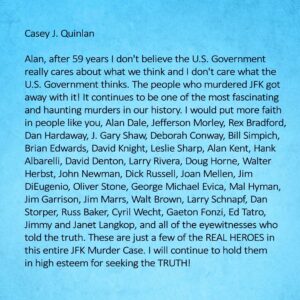 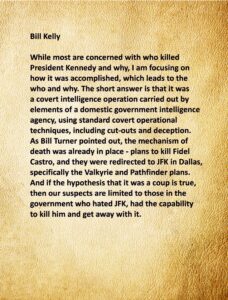 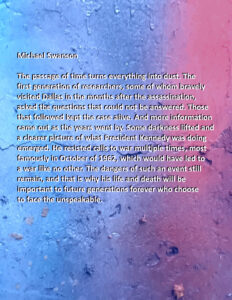 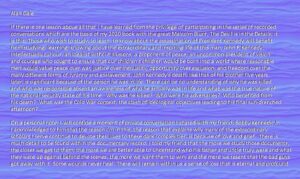 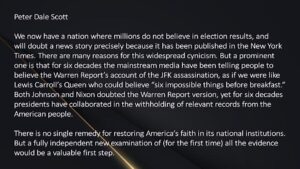