Courtesy of Rex Bradford, president of the Mary Ferrell Foundation:

I have also seen redactions in several of the documents. One of them is a Warren Commission document on George deMohrenschildt, and ten years ago I photocopied an unredacted version of the same document. 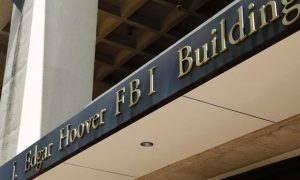 A judge ruled in January that the FBI had acted in a manner ‘fundamentally at odds with’ the Freedom of Information Act. Photograph: Yuri Gripas/AFP/Getty Images

A new lawsuit alleges that the US Department of Justice (DoJ) intentionally conducts inadequate searches of its records using a decades-old computer system when queried by citizens looking for records that should be available to the public.

Freedom of Information Act (Foia) researcher Ryan Shapiro alleges “failure by design” in the DoJ’s protocols for responding to public requests. The Foia law states that agencies must “make reasonable efforts to search for the records in electronic form or format”.

In an effort to demonstrate that the DoJ does not comply with this provision, Shapiro requested records of his own requests and ran up against the same roadblocks that stymied his progress in previous inquiries. A judge ruled in January that the FBI had acted in a manner “fundamentally at odds with the statute”.

Now, armed with that ruling, Shapiro hopes to change policy across the entire department. Shapiro filed his suit on the 50th anniversary of Foia’s passage this month.

Foia requests to the FBI are processed by searching the Automated Case Support system (ACS), a software program that celebrates its 21st birthday this year.

Not only are the records indexed by ACS allegedly inadequate, Shapiro told the Guardian, but the FBI refuses to search the full text of those records as a matter of policy. When few or no records are returned, Shapiro said, the FBI effectively responds “sorry, we tried” without making use of the much more sophisticated search tools at the disposal of internal requestors.

“The FBI’s assertion is akin to suggesting that a search of a limited and arbitrarily produced card catalogue at a vast library is as likely to locate book pages containing a specified search term as a full text search of database containing digitized versions of all the books in that library,” Shapiro said.

The DoJ has contended to Shapiro and others that only one of ACS’s three search functions, the Universal Name Index (Uni), is necessary to fulfill the law. The Uni search does not include the text of the files in the ACS, merely search terms entered – or not – by the FBI agent handling the case in question.

Shapiro told the Guardian that the reason the DoJ gave for refusing to use its $425m Sentinel software to process Foia requests after ACS had failed to recover records was that a Sentinel search “would be needlessly duplicative of the FBI’s default ACS UNI index-based searches and wasteful of Bureau resources”.

CONTINUE READING AT THE GUARDIAN