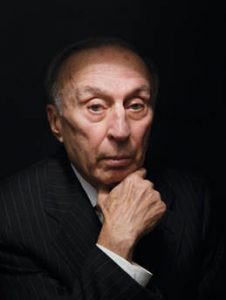 Attorney and outspoken critic of the Warren Commission’s Report on the assassination of President John F. Kennedy, Vincent J. Salandria has died at his home in Philadelphia, PA. He was 92 years old.

“Vince Salandria is the greatest teacher we have on JFK. His False Mystery is our classic foundation for understanding President Kennedy’s assassination by his national security state for choosing peace. Read it and learn.”

A fierce and formidable critic of the U. S. government’s version of the events surrounding the president’s murder, Salandria is rightfully considered one of the first and most influential citizen activists who sought to challenge the official version of events.

FAREWELL TO THE “FIRST RESEARCHER”