“…there are different ways of thinking of Oswald as an asset.”

A timely reminder from our ultimate scholar. Following is a 5 minute audio excerpt from Alan Dale’s telephone conversation with Professor Scott recorded December 2017: 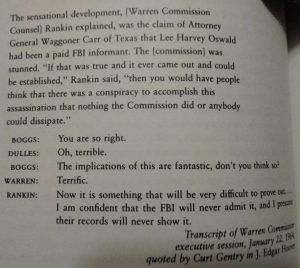 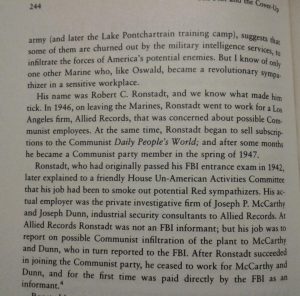 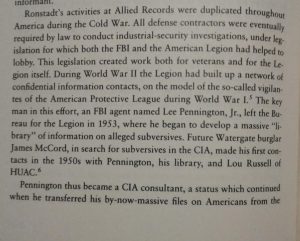 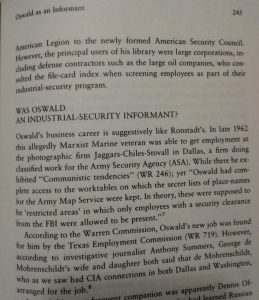 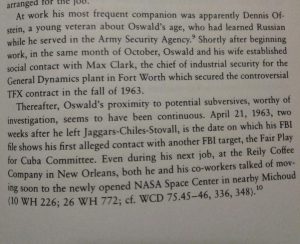 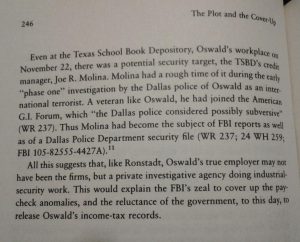 We are well advised to keep our minds open, to expand our awareness, to question what we think we know, and to practice humility in the face of bewildering complexities. Progress is possible when we admit that we don’t know.

Professor Scott’s works must be read.

Deep Politics and the Death of JFK

PDS: I’d like to make a comment on what you’ve been saying so far. At the very beginning you and I agreed that Oswald was an asset.

PDS: And then you went to the next step, where I don’t, and that was that he was an Agency asset.

PDS: I’m not sure of that at all. In fact, sometimes I think he wasn’t.

PDS: If you know my book, Deep Politics and the Death of JFK, I lay out… I think he worked primarily with ONI and Marine G2. No one ever talks about Marine G2, but there is a Marine G2; they did have files on Oswald; we’ve never seen them, and they’re probably the biggest gap in the record that we have. He was that kind of asset at the beginning. The Agency knew what was happening, I think, and that Angleton did.

PDS: You know that Jeff Morley says in The Ghost,  and I think he’s probably right, it was Angleton who was responsible for parking the Oswald material over in the Office of Security and not opening the 201, by the way. [See The Ghost: The Secret Life of CIA Spymaster James Jesus Angleton, St. Martin’s Griffin, 2018] And then, later on, there’s a long period there he’s not in touch with American agencies when he’s in Russia; and it’s not clear that he was doing much with them when he first comes back; but I think he was, like Robert Ronstadt – R-O-N-S-T-A-D-T – you can look him up in my index, [See p. 244, Deep Politics and the Death of JFK, University of California Press, 1996 paperback edition] I think he was working for a private agency which was then reporting to the FBI on what we call Industrial Security. I think that’s what he was doing when he came back and that’s why he was at Jaggars, Chiles, Stovall which was doing work for the Army Security Agency, and that’s why he was at the Riley Coffee Company where people were being assembled to go and work in the NASA operation down in New Orleans.

PDS: I don’t think any of that was CIA. But I do think that whatever happened in Mexico City was certainly a CIA operation or with links to the CIA, because this man down there is a very odd figure but, I don’t think that was Oswald.

PDS: I think that was somebody using Oswald’s I.D. but wasn’t Oswald.

AD: Well, thank you very much for all of that; I wrote down everything.

PDS: So, all I’m asking you to do is not back away from what you believe, but to enlarge it to see that there are different ways of thinking about Oswald as an asset.

PDS: I think it’s very, very clear, by the way, when he first makes contact with the DRE in New Orleans, Carlos Bringuier, that’s a hostile action he’s doing. He’s behaving like somebody who wants to learn more about Bringuier; Bringuier was a CIA asset so that’s, to me, the evidence that Oswald was working for someone else. And I think he was working for the FBI, directly or indirectly; his paycheck, as I say, may have come from a private agency.

PDS: But I think the FBI had been charged with finding out more about the Lake Pontchartrain training camp; that was a high-priority for them because Bobby Kennedy had targeted people like Frank Sturgis as trouble-makers in that delicate year of 1963, and Sturgis – Fiorini, Frank Fiorini – has a link to that camp.

PDS: So, I feel quite strongly that at that moment Oswald was not working for the Agency but for some other agency. The most obvious candidate would be the FBI.

PDS: Does that make sense to you?

AD: It does indeed. What I’m always conscientious about, even as I’m addressing some of these complex areas, I’m aware that at no point have I had a complete understanding and that all of whatever my thinking, if not conclusions, whatever I’m thinking at any given moment is based absolutely and unquestionably upon insufficient information. We don’t have everything we need to come to conclusions.

PDS: All of us, all of us have to feel that way, Alan. Not just you.

PDS: I mean, I too have to be aware that I’m working from very incomplete information.