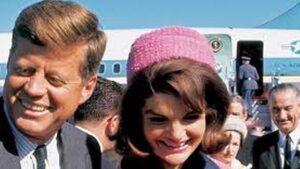 As a professional journalist who has been reporting on the assassination of John F. Kennedy for almost 30 years, I have long been skeptical about the pursuit of a proverbial “smoking gun” that supposedly will blow open the case of the murdered president. When the congressional deadline for the release of the last of the JFK files approached last month, I instinctively advised friends that there would be no smoking gun in the released material.

As the editor of the JFK Facts blog, I report on new pieces of evidence that filled in blank spaces in the historical record of JFK’s assassination. Think mosaic, not smoking gun.

But when the Biden White House announced late in the evening of Oct. 22 that the last of the JFK documents would not be released until December 2022 at the earliest, I began to rethink my caution. Friday nights are traditionally when the White House press office takes out the president’s smelliest garbage in hopes that the stench will pass by Monday morning. The announcement that the CIA and other federal agencies had delayed compliance with the 1992 JFK Records Act for the second time in four years was a story the White House understandably wanted to go away.

The delay struck me — and University of Texas Professor James Galbraith, among others — as a smoking gun in itself. The CIA’s slow-walking tactics are not quite definitive proof of a JFK conspiracy. They do, however, demonstrate that the CIA does not intend to obey a law concerning the assassination of a sitting American president.

The most plausible explanation of the CIA’s six-decade long history of deception, deceit and delay about assassination-related records is the desire to hide embarrassment or malfeasance. If nothing else, Biden’s order on the JFK files indicates that the CIA has a JFK problem: the clandestine service today cannot afford full disclosure about what happened in Dallas a long time ago.

To be sure, there are other possible explanations. Mark Zaid, a leading national security attorney in Washington, suggests that the CIA is hiding legitimate non-JFK secrets. This is possible, if not probable. But the CIA, facing a deadline set by President Trump in October 2017, released no JFK documents of any kind, basically saying, “the COVID dog ate my homework.” You don’t have to be a conspiracy theorist to wonder if non-JFK secrets is all they are withholding.

In fact, JFK researchers know something about what the CIA is hiding. Most of the still-secret JFK files have been partially declassified. In some documents only a paragraph, sentence or single word remains secret. From context we can deduce much about what is still hidden.

A redacted 123-page CIA file on Watergate burglar Howard Hunt, released in April 2018, for example, may shed light on what President Richard Nixon called “the whole Bay of Pigs thing.” Nixon used this phrase as a coded reference to JFK’s assassination, according to his chief of staff, H.R. Haldeman. The Hunt file lends credence to Haldeman’s claim.

In 1970, Hunt, a leading figure in the failed invasion of Cuba, circulated the manuscript of his memoir, “Give Us This Day,” which denounced JFK’s Cuba policy as weak, if not traitorous. Hunt did not go through the agency’s pre-publication clearance process, a serious breach of protocol. Five documents, comprising eight pages of material, have been removed from the Hunt file with the notation that they can be found in CIA’s JFK files. I doubt these documents include a smoking gun, but they are certainly relevant to the assassination story.

The CIA file of Hunt’s fellow burglar Frank Sturgis has more smoking-gun potential. Sturgis, a long-time resident of Miami, was a soldier of fortune involved in anti-Cuba operations in the 1960s. Accused of involvement in Kennedy’s assassination, Sturgis denied he was in Dallas on Nov. 22, 1963. But behind closed doors, Sturgis boasted to investigators that the FBI considered him a plausible suspect in JFK’s murder. The redacted material in the Sturgis file may shed light on questions about Mafia involvement in JFK’s murder.

These passages concern the agency’s long-running interest in a man named Robert Maheu. He was a corrupt former FBI agent who facilitated the first CIA conspiracy to assassinate Fidel Castro in 1960. In 1971, Maheu shared what he knew of the Castro plots with syndicated columnist Jack Anderson. Maheu’s source, Mafia hitman Johnny Rosselli had hinted that the CIA’s efforts to kill Castro had led to the assassination of JFK. Rosselli, under federal investigation, with the possibility of deportation to Italy, threatened to tell the whole story to a Las Vegas grand jury. The blackmail ploy worked. The agency protected Rosselli from deportation, and Maheu never told the story to prosecutors. Years later, Rosselli, facing a congressional subpoena seeking his JFK testimony, was found stuffed in an oil drum floating in Biscayne Bay before his appearance on Capitol Hill.

Another still-secret file concerns a Miami man named Eladio del Valle. Some of his associates — not conspiracy theorists and not enemies— believed he was involved in Kennedy’s assassination. Del Valle was murdered in 1966, a crime that never was solved. David Kaiser, a diplomatic historian and author of “The Road to Dallas,” a scholarly book about Kennedy’s assassination, sought to get access to Del Valle’s CIA records. He learned the Del Valle file was — and is — classified in its entirety.

Then there’s a 338-page file that traces the very interesting career of James Walton Moore, the chief of the Dallas office of the agency’s Domestic Contacts Division in 1963. Moore knew all about Lee Harvey Oswald a year before he supposedly killed Kennedy. In the summer of 1962, Moore learned that Oswald, a former Marine who had defected to the Soviet Union out of sympathy for communism, had returned to Texas with a Russian wife. If the official JFK story is true — if Oswald alone killed the president — Moore was one of a half dozen senior CIA officials who failed to discern the threat he posed.

The CIA has largely managed to keep Moore out of the JFK investigations. He was never questioned about his pre-assassination knowledge of the accused assassin. His personnel file was partially released in 2018. A dozen pages remain redacted in their entirety.

Even more sensitive are the files of George Joannides, chief of CIA covert action operations in Miami. In 1963, Joannides ran a network of Cuban agents, recruited under a program code-named AMSPELL, who generated propaganda about the pro-Castro Oswald before and after JFK was killed. A dozen documents from Joannides’ personnel file in 1963 are still kept secret on the grounds that their release would harm the national security of the United States in 2021.

This claim sounds extreme but I’m inclined to believe it. The release of these records could do real damage to the reputation of the CIA. One heavily redacted memo that I obtained in a Freedom of Information Act lawsuit concerns a security clearance Joannides received to participate in a still-undisclosed top-secret operation in the summer of 1963. If that operation involved AMSPELL agents and Oswald’s Cuba activities, the memo will be strong evidence that certain CIA officers were complicit in Kennedy’s murder.

The CIA partially declassified an 87-page AMSPELL file in 2018. A dozen pages are still hidden from public view. If, and when, they are declassified, these pages may shed light on the CIA cover-up that followed JFK’s murder.

Of course, my educated guesses could be wrong. After all, I cannot see the redacted material. Only top CIA officials know what the agency will — and will not — release in compliance with Biden’s order. The sheer variety of the still-secret JFK files, however, indicates the scope of the agency’s JFK problem today. Six decades after the Dallas ambush, there is a lot of potentially embarrassing JFK material — hundreds of pages worth– that the CIA is loath to share with the Congress and the American people.

Do one or more of these pieces of the JFK mosaic add up to a veritable smoking gun?

In my opinion, yes, which is why I doubt any significant JFK files will be released in the coming weeks or in December 2022. The CIA, of course, could prove me wrong and dispel all doubts by releasing these files in their entirety at any time. That is not going to happen for one increasingly obvious reason. When it comes to the JFK assassination story, the CIA’s files are smoking suspiciously.

Jefferson Morley, editor of the JFK Facts blog, is the author of the forthcoming “Scorpions Dance: The President, the Spymaster, and Watergate,” to be published in June 2022.