On Wednesday, 14 January 2020, Speaker Nancy Pelosi delivered remarks on the Floor of the House of Representatives in support of H.Res. 24, 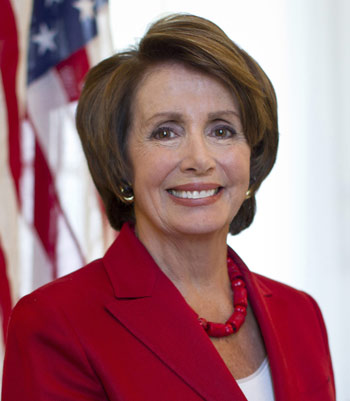 impeaching Donald John Trump, President of the United States, for incitement of insurrection.  She concluded her remarks with the following paragraphs referring to President Kennedy:

“In a speech he was prepared to give in Dallas on Friday, November 22, 1963, President John F. Kennedy was to say, ‘We in this country, in this generation are, by destiny rather than choice, the watchmen on the walls of world freedom. We ask, therefore, that we may be worthy of our power and responsibility.’ That we may be worthy.

President Kennedy was assassinated before he could deliver those words to the nation, but they resonate more even now, in our time, in this place. Let us be worthy of our power and responsibility that what Lincoln thought was the world’s ‘last best hope,’ the United States of America, may long survive.

My fellow Members, my fellow Americans, we cannot escape history. Let us embrace our duty, fulfill our oath and honor the trust of our nation. And we pray that God will continue to bless America.”

Following is the letter sent to Speaker Pelosi on 4 July 2010 by AARC co-founder and president, James H. Lesar* on the subjects of congressional oversight of the CIA, a summary of George Joannides’ role as CIA liaison to the HSCA, the status of withheld JFK assassination documents, and the correlation between a decline in public trust of the American government, and the secrecy surrounding a number of federal agencies in their response to congressional investigations of President Kennedy’s murder.  As of this date, Mr. Lesar is still awaiting a response from the office of Speaker Pelosi. 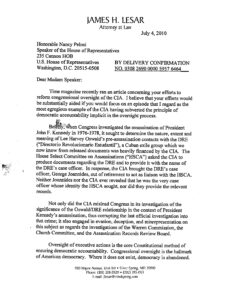 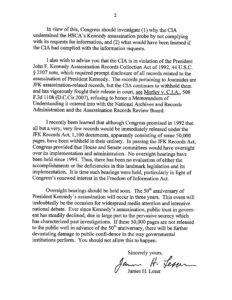 * Mr. Lesar’s 2010 letter to Speaker Pelosi was written as a private citizen with decades of experience as an investigator and litigator on issues of relevance pertaining to President Kennedy’s murder and other political assassinations. 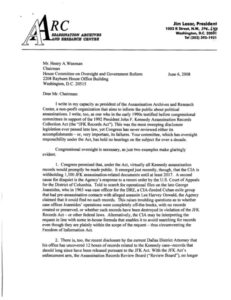 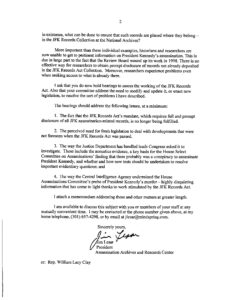